Recently, Netflix was reported to be blocking those using VPNs as a way to bypass geo-restrictions and access content not available within their own country.

Although Netflix itself was quick to deny the story – pointing out that its policy in this area had not changed – GWI’s data shows that this is a major trend. Globally, nearly 3 in 10 VPN users in fact say that they have recently used the service, a figure which translates to tens of millions of individuals.

But look at the countries where this behavior is most common and some pretty interesting differences emerge. It’s most widespread of all in Canada and Mexico – where VPN users are likely to be accessing the American version of the service in order to watch shows which are available only to their American counterparts. Similar reasons help to explain the presence of the UK, Ireland, Brazil, Argentina and Sweden on the list – all of which are countries where Netflix has already launched.

In places like China and India, though, this is about accessing a service not available domestically in any form – offering yet another example of the huge demand for content that we typically find in fast-growth markets.

For more information about current usage of Netflix, please see our brand new infographic on the service or our post last month which looked at Netflix usage in the US. 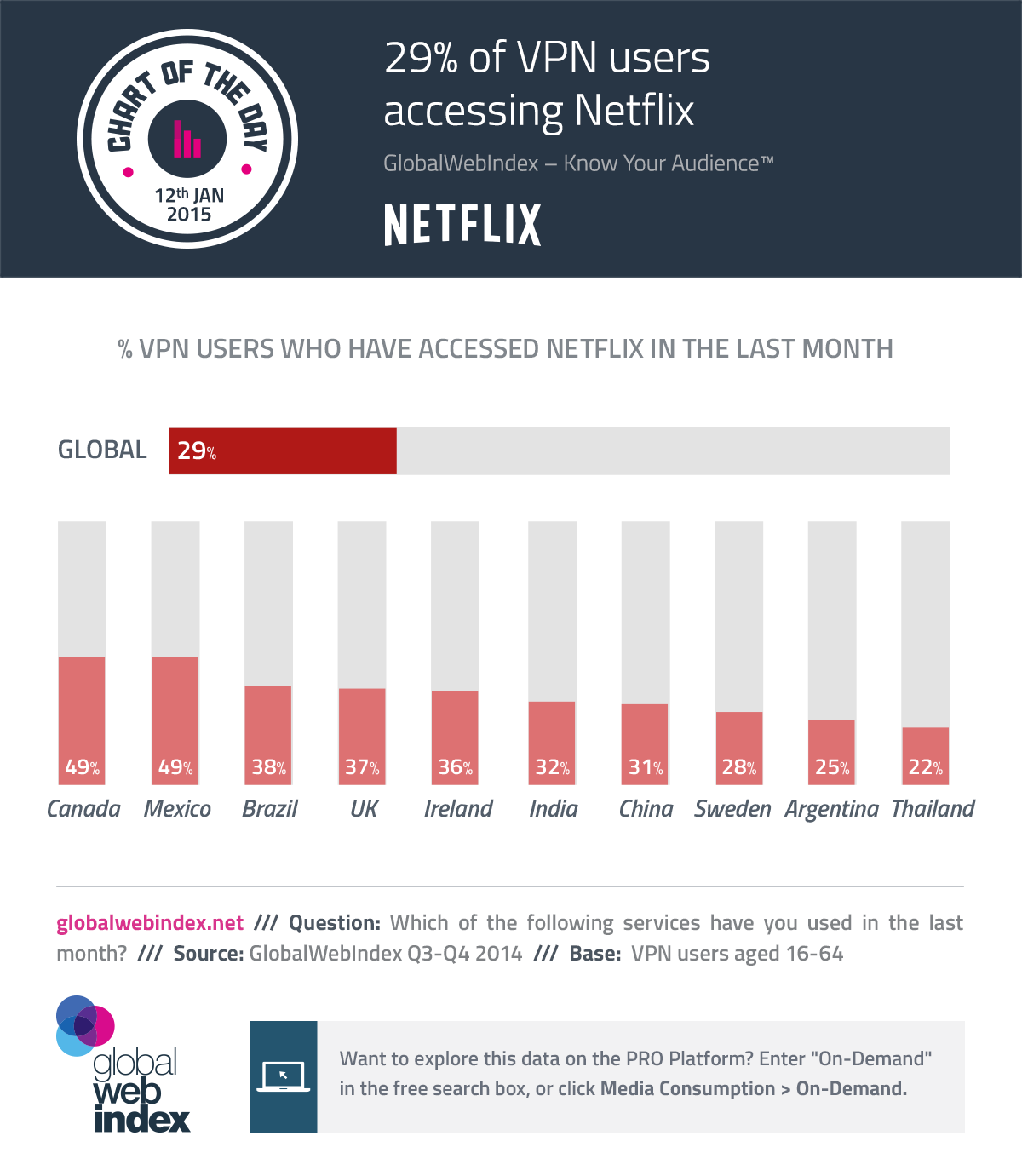