3 in 10 in APAC Watch Broadcast TV Via Mobile

Previously on Chart of the Day, we examined the popularity of various forms of TV (such as live broadcasts, catch-up and subscriptions services) among internet users. This week, a short series of charts will delve even further into this topic, to examine what are the most popular devices for engaging with these forms of TV. Today, we begin with watching television as it is broadcast live on a TV channel.

As we explored recently, watching broadcast TV is an absolutely mainstream activity in every region. But if we break these figures down by device, then the regional variations become particularly pronounced. North America’s fondness for TV and its attachment to the more traditional forms of watching it shine through, with 3 in 4 engaging via TV compared to just 18% watching via PCs/laptops. This is one clear reason why traditional TV viewing habits will remain so important in North America for some time to come.

But not all regions are as wedded to TVs as North America. That just 27 percentage-points separate watching via TV and mobile in APAC is testament to the popularity of online TV here and the importance of mobile, with just 2-percentage points dividing PCs/laptops and mobiles for this activity. For digital consumers in this region, TV consumption, even watching live television, is firmly a multi-device activity. 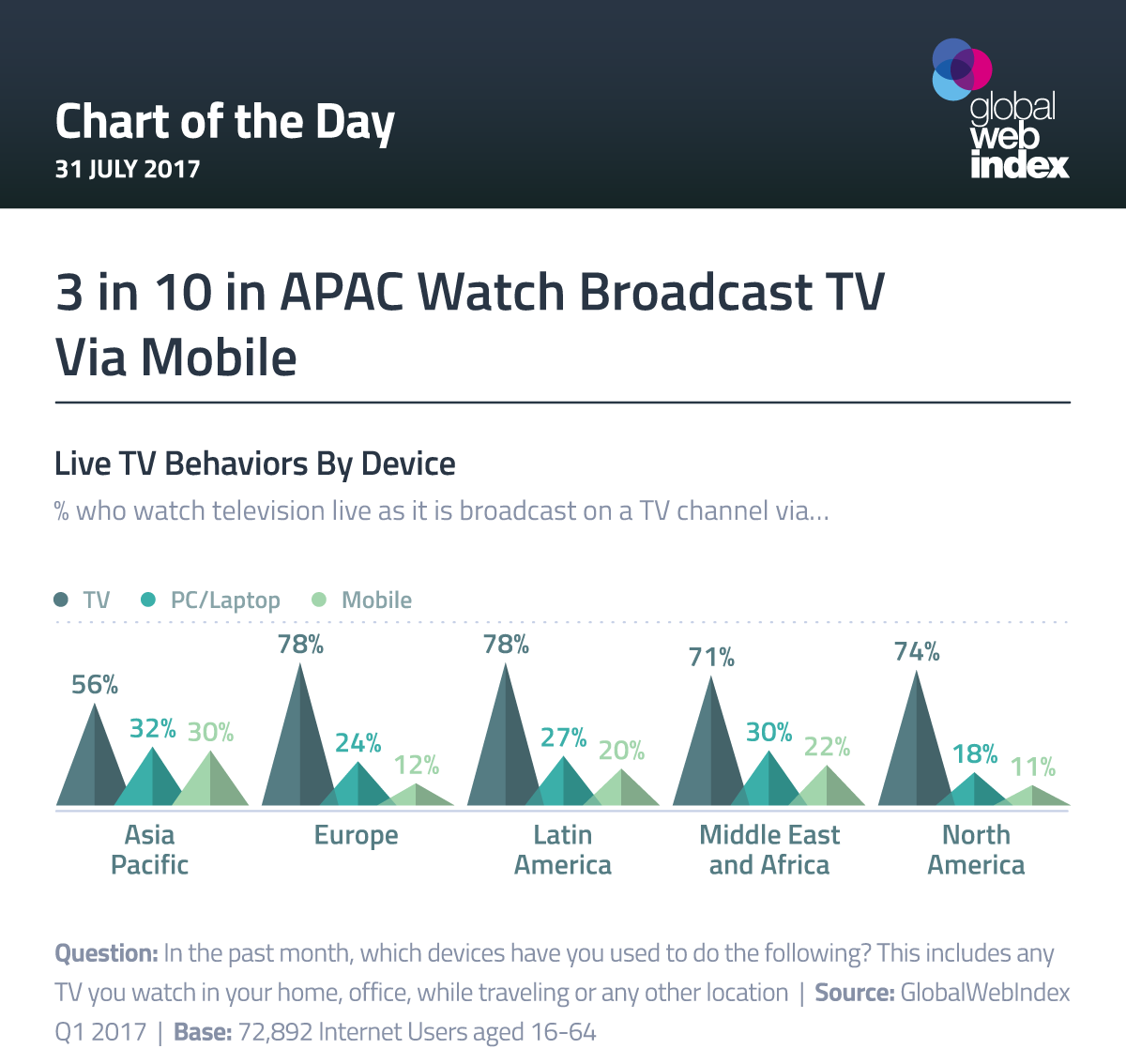