With Adblock Plus having just released an Android app that allows users to restrict the ads delivered to their smartphones, this week’s final blog looks at current trends and numbers in this space.

The youngest Android users are the most likely to be using adblockers, with monthly usage rates reaching one third among 16-24s. Interestingly, however, North America and Europe lead from a regional perspective. The internet populations in these developed markets tend to lag behind internet users in emerging markets for many online activities; that they lead the way for adblocker usage is testament to the challenges that these tools present for online advertising. 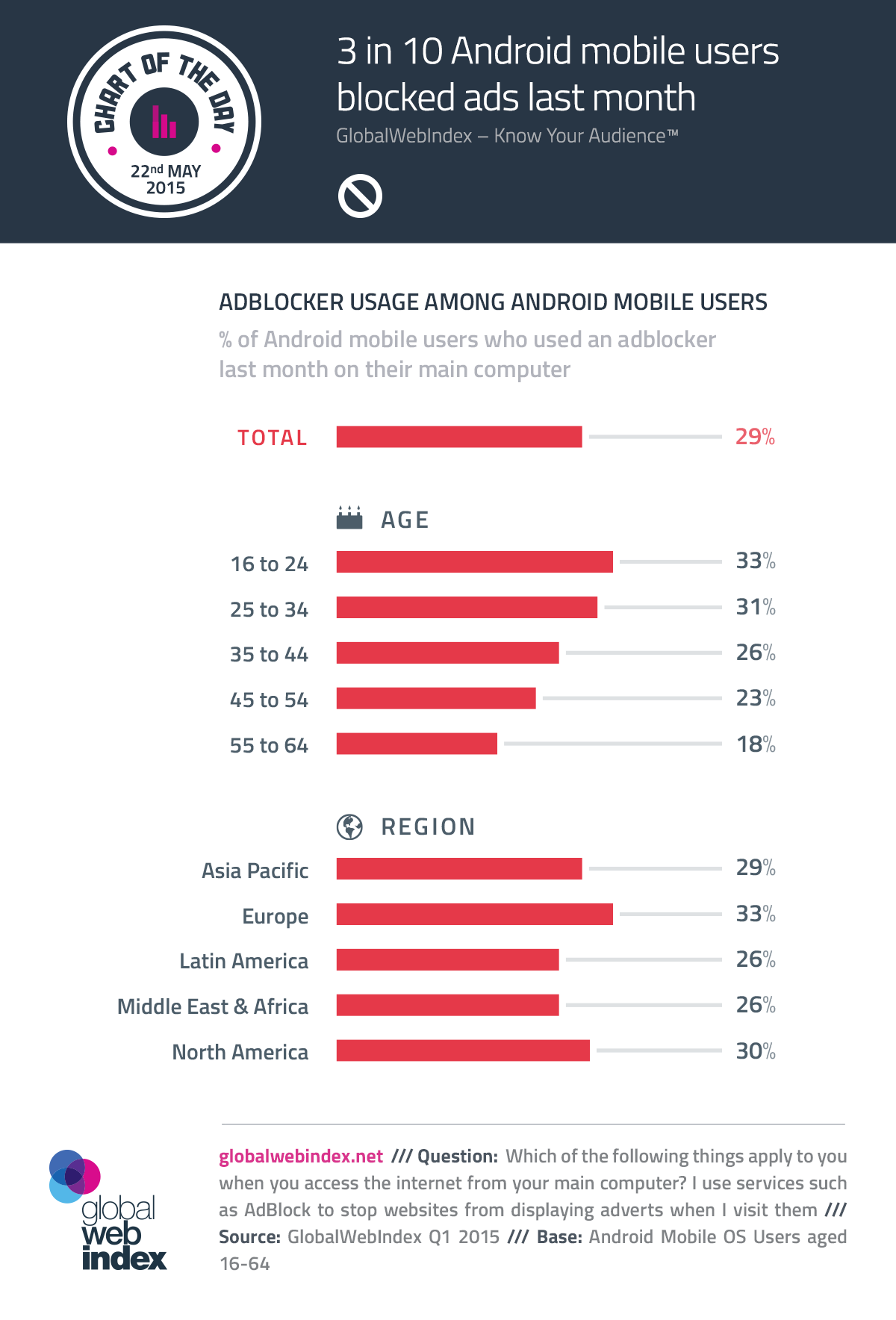