Today we launch our new Audience report on Premier League Fans. You can get a free summary here.

Globally, 28% of internet users aged 16-64 say they are watching Premier League matches on TV, while 16% are watching online.

Some fast-growth markets, particularly in the Asia, are at the very forefront of this trend. Half or more in Indonesia, Vietnam and Thailand are following the Premier League on TV – a trend being driven by the young, urban and affluent internet population typically found in fast-growth Asian markets. Online watching can be similarly significant: 3 in 10 in China say they watch Premier League matches online, for example.

Elsewhere, the league’s domestic markets show strongly too – more than a third in the UK and Ireland say they watch matches on TV, with online lagging behind on just 10-12%. 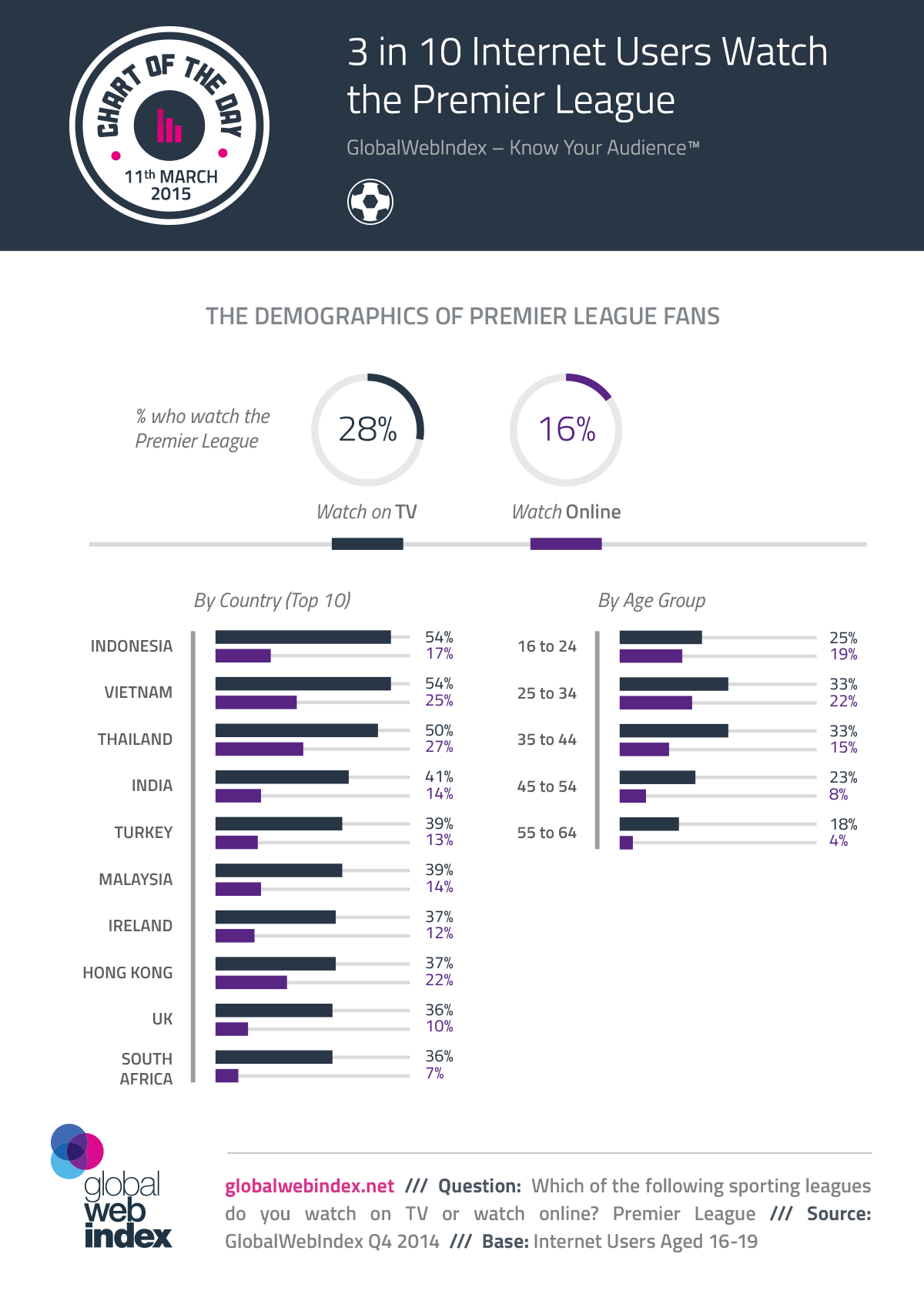