3 in 10 Netflixers are iPhone Owners

Rumors emerged last week that Apple may be buying its way into the online TV streaming business through a possible acquisition of Time Warner.And as Thursday’s Chart of the Day shows, a new online TV service by Apple would certainly provide a challenge to current market leader Netflix.

Current Netflixers are enthusiastic Apple device owners: 3 in 10 have an iPhone, almost a fifth have an iPad and they are twice as likely to be using iTunes (1 in 3 do so each month). What’s more, they are 54% ahead of average for owning an iPhone and are more likely to consider purchasing an iPhone in the future than a Samsung.

Essentially, that means a decent share of Netflixers can be considered ‘Apple fans’ – allowing the company to target them with a new streaming service that could be easily integrated across their Apple devices. With Apple having a proven track record of building up power in already-established markets, , this could be a case of history repeating itself – but this time in the content streaming space. 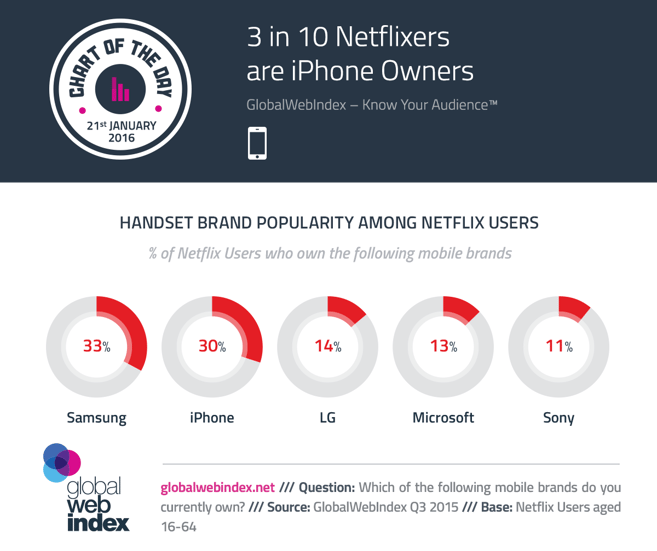