Sports video-games have long been a cornerstone of video-game entertainment, and this is especially true among sports fans.

Among Premier League Fans, it’s an impressive 30% who have played FIFA in the last 12 months. That compares to 17% among the wider internet audience, emphasizing the opportunities that exist for football clubs and brands to integrate with this major video-game franchise.

It’s the 16-34 age group who are the most avid FIFA players (on 1 in 3), but it’s by region where we see the strongest variation. LatAm comes out ahead by a substantial margin, with Mexico (66%) and Brazil (62%) ramping these figures up. It’s in these same markets in which we see some of the strongest video-game consumption. 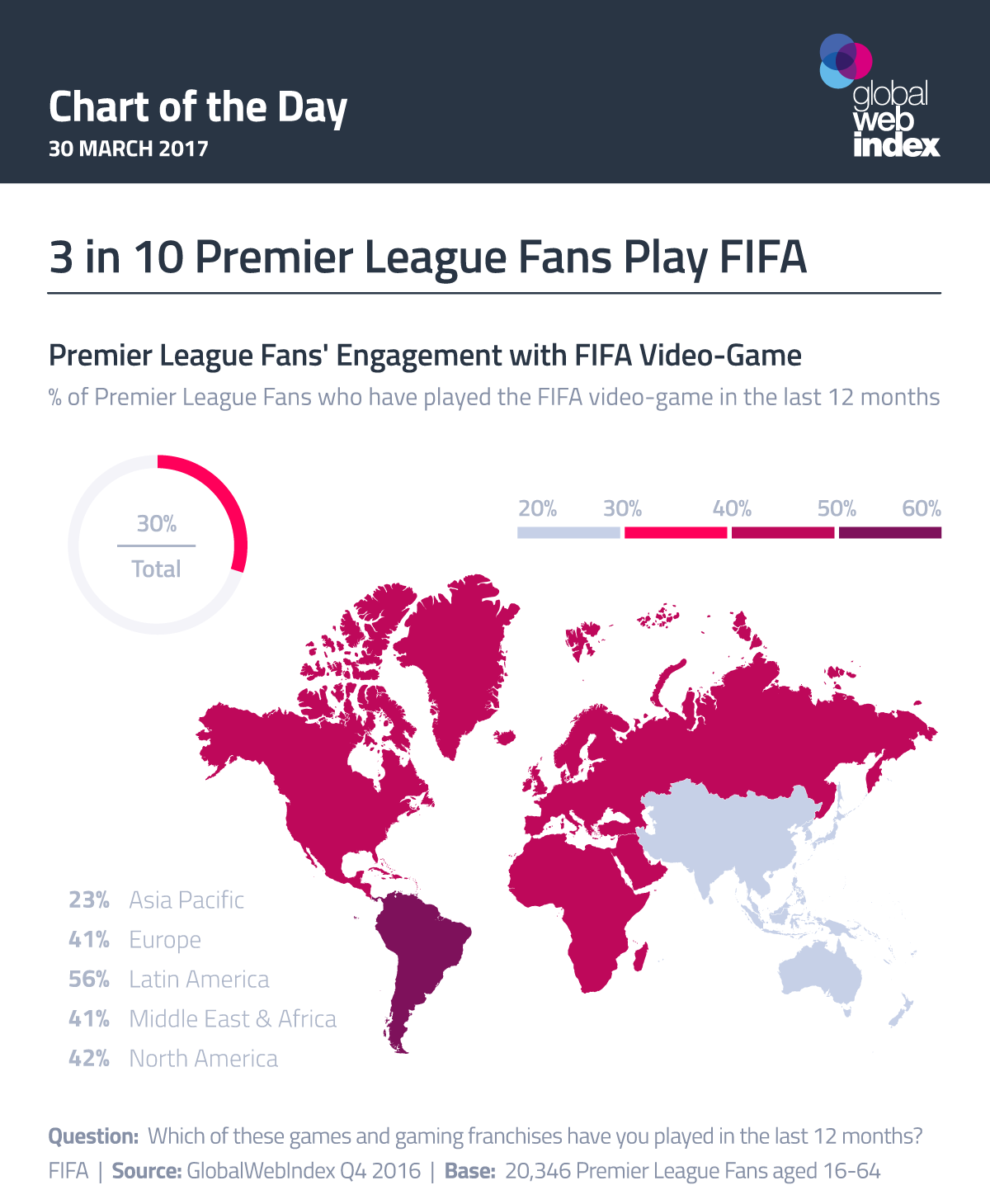