2014 has seen the most concerted efforts so far by some of the world’s biggest social networks to integrate e-commerce into their platforms. And, as our new GWI Commerce report shows, it’s a move which is likely to resonate with significant sections of the social audience.

Globally, 7 in 10 active Facebook users say they have bought a product online in the past month, with the equivalent figure among Twitter’s active user base climbing to approach the three-quarter mark.

What’s more, a quarter of internet users say that social network-based retail stores make them more likely to purchase online – with a notable peak among Twitter users. In this context, it’s not hard to see why both Twitter and Facebook are trialing ‘Buy’ buttons in the hopes of opening up new and lucrative revenue streams.

For more on the prospects of social commerce, download a free summary of GWI Commerce here. 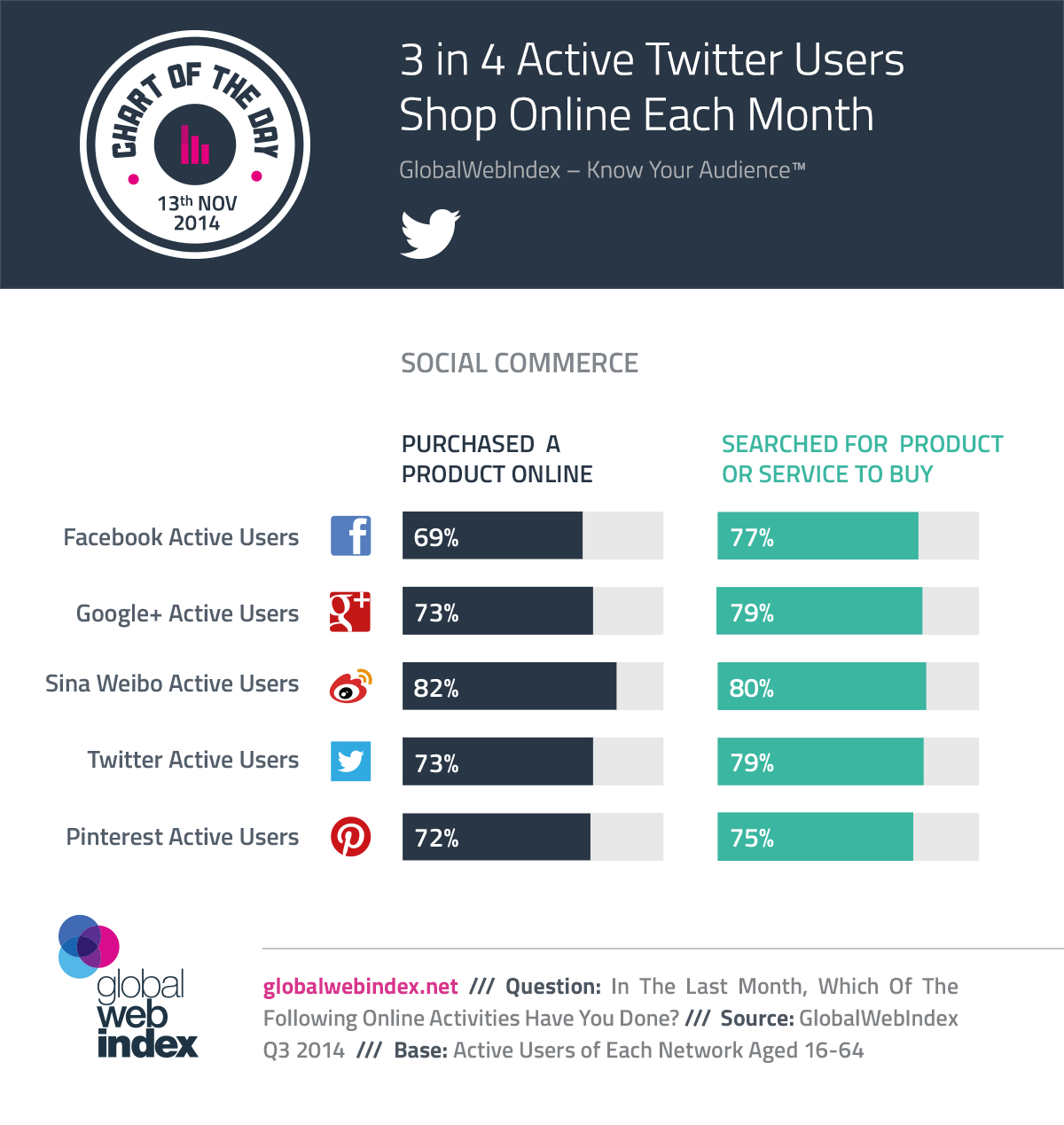