Last week’s announcement from UK mobile operator Three that it will begin trialing its network-wide ad-blocking policy has opened up a new frontier in mobile ad-blocking. And as today’s Chart shows, interest in services like this is extremely high among mobile users.

Globally, over 1 in 3 mobile users say they have used a mobile ad-blocking tool, with a further 4 in 10 interested in doing so in the future. Currently, this is being driven by younger groups, particularly in APAC where some browsers already have in-built blocking functionality and where mobile advertising to date has often been the most overwhelming. Nevertheless, interest in this trend is pronounced across all age groups and world regions.

It’s this high level of appetite which shows why network-wide ad-blocking schemes could easily resonate very strongly with users. 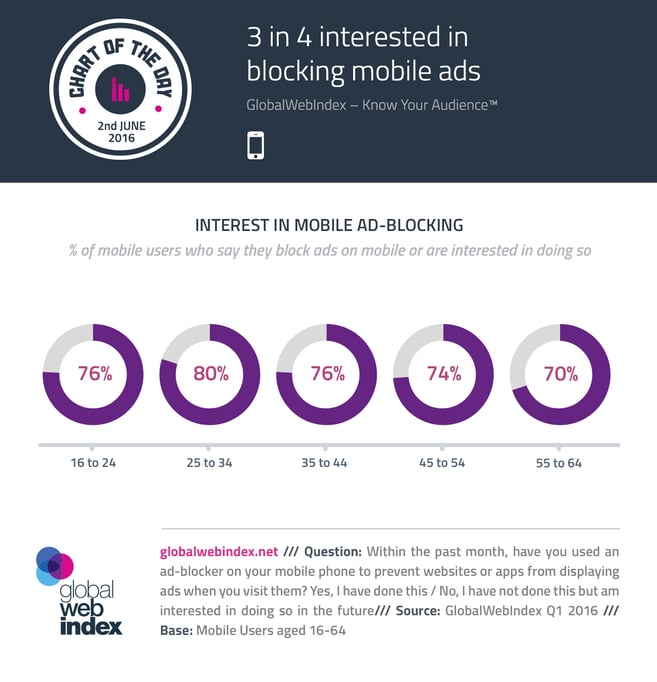