As our midweek Chart of the Day shows, music streaming is now a widespread activity among Millennials – with more than 3 in 4 globally saying they used such a service last month.

To date, Spotify, Apple Music and SoundCloud have been among the main names to watch in this space. But just last week, rumors emerged that a shake-up could be imminent, with Spotify said to be in talks to buy SoundCloud.

SoundCloud’s comprehensive collection of music will no doubt have appeal for Spotify, but this won’t be its only point of interest. Indeed, while the Swedish service is already one of the best performing music platforms among Millennials, adding SoundCloud to the fold will boost its coverage across this trend-setting demographic still further – with particularly valuable extra audiences in regions like North America.

Overall, GWI’s data in fact shows that 75% of SoundCloud users are under 35 – and that they would therefore be a key boost to Spotify as it looks to defend its model and stave off challenges from names like Apple Music. 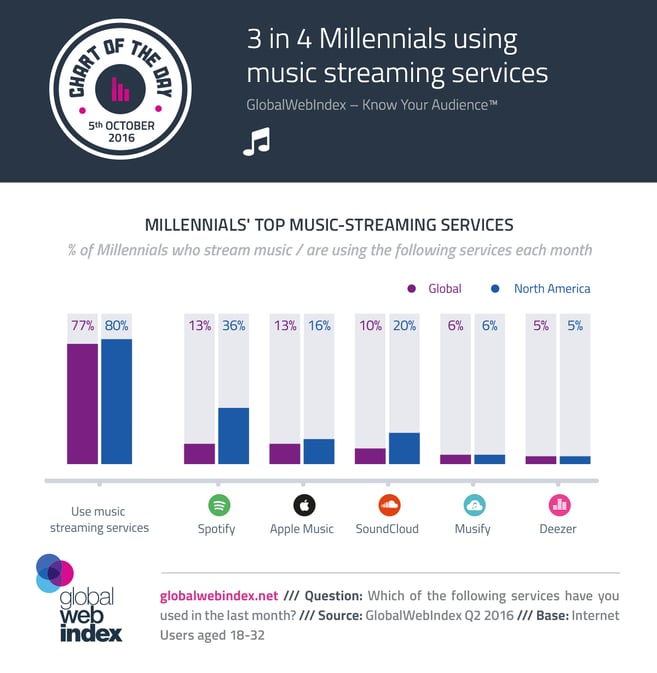