Despite online TV rapidly growing in popularity, there’s no doubting the importance of the traditional TV set to the media consumption habits of internet users – even among those who are paying for an online TV service.

Not only are 3 in 4 Online TV Subscribers paying for cable/satellite TV packages, these consumers are also 33% more likely than average to be doing so – suggesting it’s not right to simply assume that linear is replacing online TV, rather it’s clear that users appreciate and value both forms of TV.

Across the demographics, there is an expected increase in line with income. By age, 16-24 year-old online TV subscribers are the least likely to be paying for a cable/satellite TV package, but that many from this younger age group are still living with their parents (who are likely to be paying for the household TV package) is surely depressing figures here. What’s more, even among this youngest age group, there’s still about two-thirds who are paying for both services, providing another reason why we’re unlikely to see cord-cutting become mainstream any time soon. 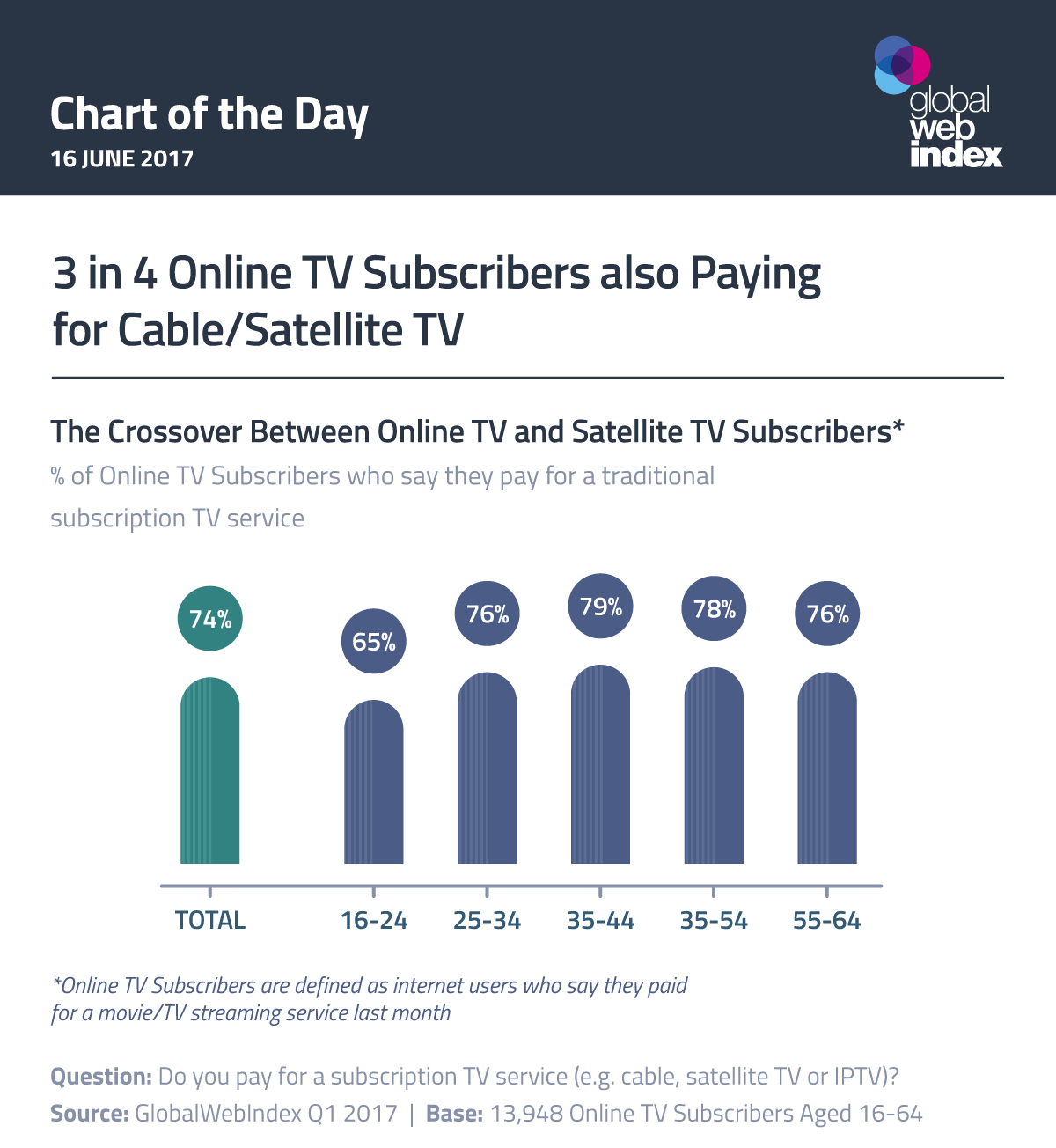