To mark the 1st anniversary of the launch of Twitter’s live-streaming app Periscope this Saturday, today’s chart takes a look at why the service has so much potential.

Although live streaming remains a relatively niche activity at the moment, Periscope’s strength lies in its young demographics – 41% of users are aged 16-24 and 3 in 4 of them are under 35. That the app has a young and content-hungry audience is thus plain to see.

With rival app Meerkat having vacated the live-streaming space due to intense competition, that leaves Periscope to fight it out with Facebook Live as the premier choice for live-streaming activities. That means Twitter’s enduring association with breaking news stories could well give it an advantage here. 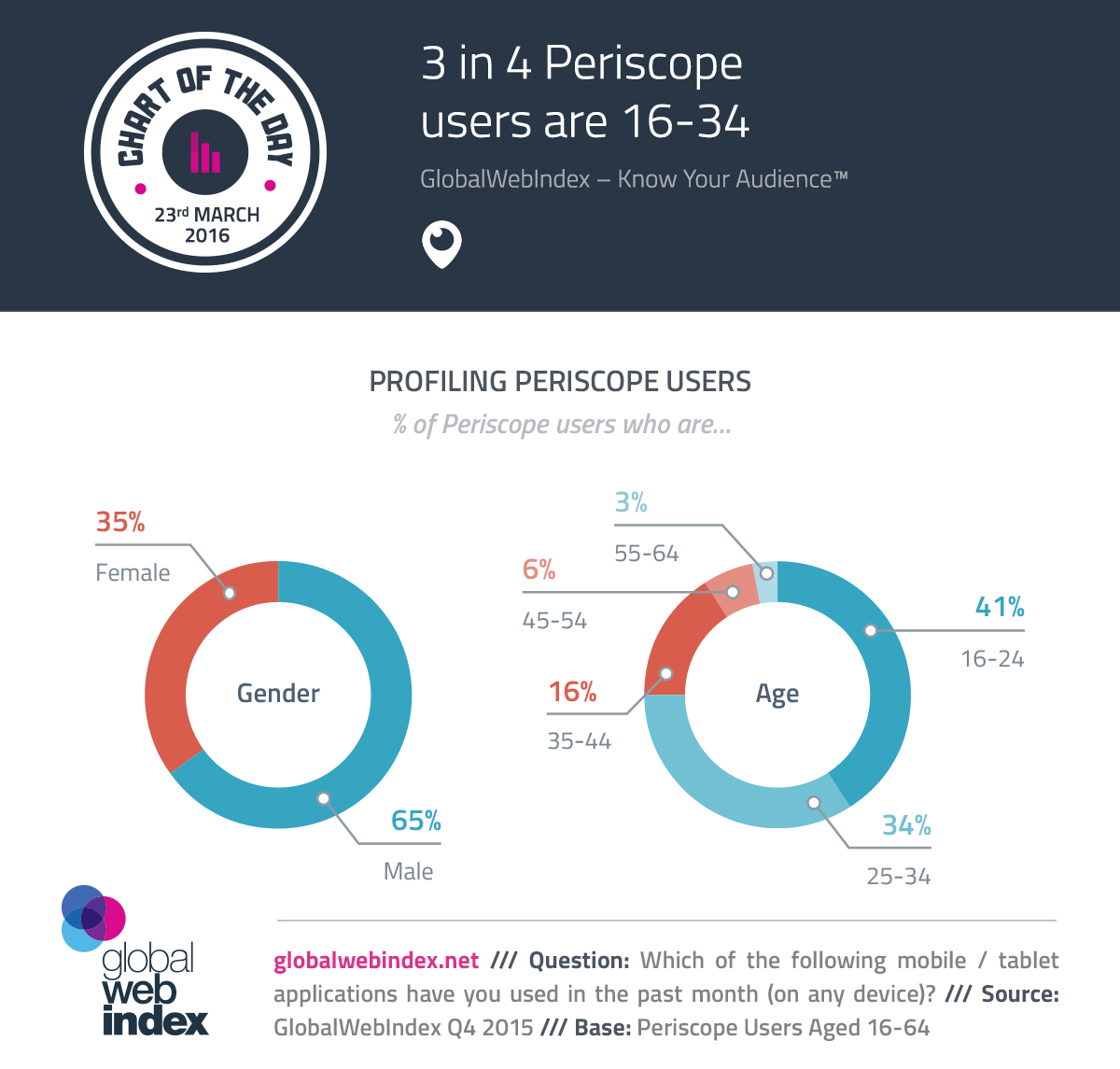