With Facebook Messenger testing a Snapchat-like ephemeral messaging function, this week’s first Chart of the Day looks at the popularity of rival chat services among Snapchatters.

By some distance, it’s Messenger which members of this audience are the most likely to use. With 75% of Snapchatters saying they did so last month, that puts them more than 2x ahead of the average internet user. And this is a figure which can rise higher still in key markets like the UK and Brazil.

Snapchat’s ephemeral messaging is the hallmark feature that accumulated its growing user base and which is still a main reason behind its enduring popularity. So, given that the majority of Snapchatters already use Facebook Messenger, it’s not hard to see why this represents a potential threat to the app which remains a thorn in Facebook’s side. 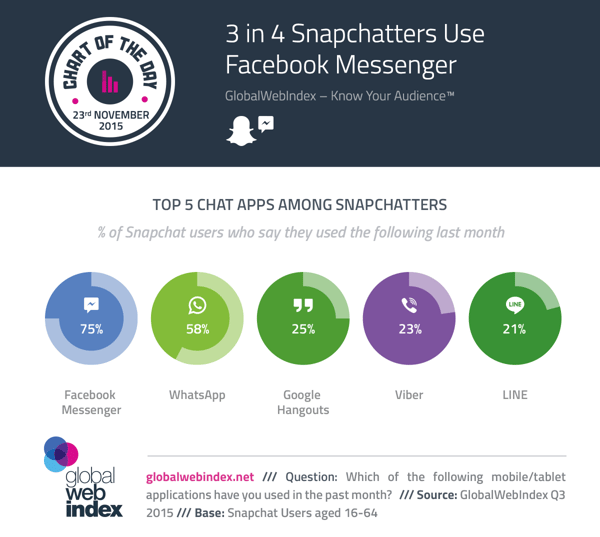