As the fight for the attention of young networkers intensifies, our first Chart of the Day this week looks at the age profile of one service which has consistently managed to maintain a young following: Tumblr.

Currently, the blogging service has one of the youngest active user bases of any of the major social networks tracked by GlobalWebIndex. It’s almost three quarters of its users who are under 35, compared to just 1 in 8 who are in the 45+ bracket.

With the average age on larger networks creeping ever higher, that Tumblr can claim demographics closer to buzz-worthy apps like Snapchat shows the potential of this platform – especially as younger groups remain more likely than any other generation to say they use social media in order to find funny or entertaining content. 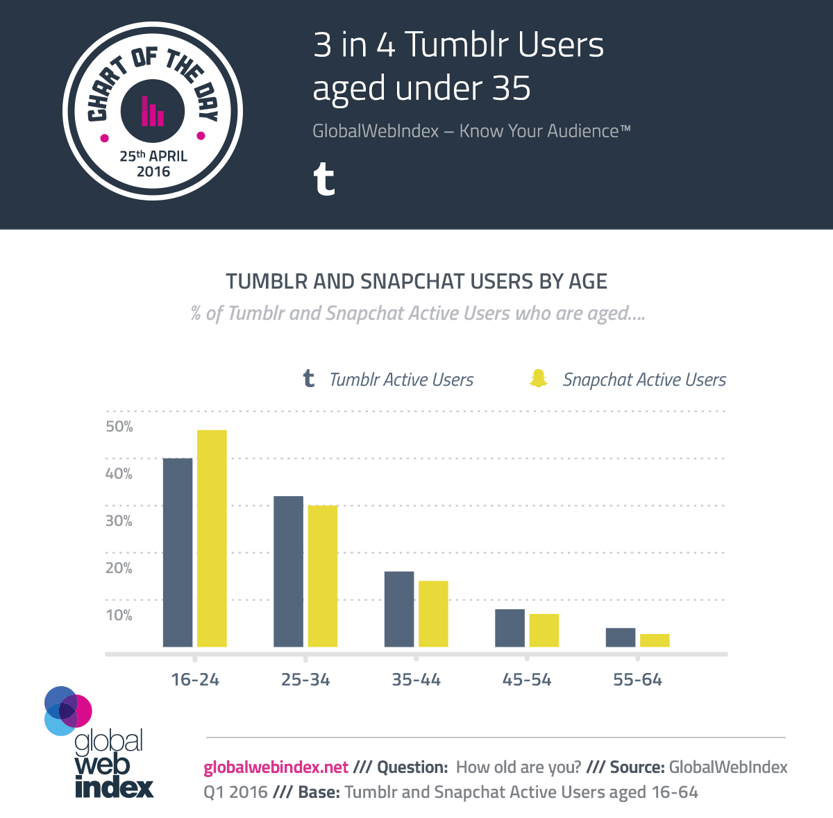