Last week, Tumblr became the latest name in the social networking space to enter the live video streaming arena, with Twitter also increasing the length of videos that it allows on the platform.

Both of these developments are part of the rising importance of video for social in general but also point to the opportunities that video could bring to these two platforms. While almost all Tumblr and Twitter users are watching online videos, perhaps the more important figures are those we see for uploading/sharing videos: 77% of Tumblr users and 7 in 10 on Twitter are doing this each month.

And, with two thirds of Tumblr users watching vlogs on a regular basis, the enthusiasm for more ways to engage with video inside social platforms is considerable. 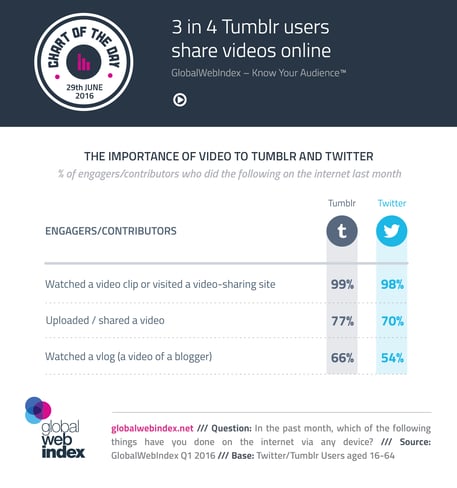