30% increase in watching video clips via a mobile

We’ve long heard that “Content is King”, but GWI’s latest data shows just how important video clips have become as a source of entertainment for the online population.

PCs still remain the biggest device for this behavior in terms of overall audience size, but it’s significant that 626 million people are watching video clips via a mobile. It’s seen a 30% increase in numbers over the last year alone, reflecting the still growing importance of mobiles as a content consumption device. 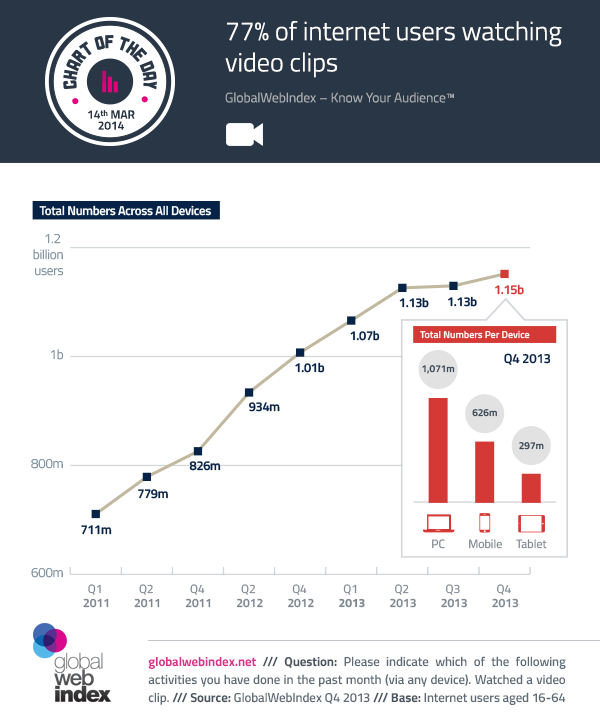