Today our post looks at what people are doing as they watch World Cup games – drawing on data from Day 1 of the tournament collected via our Real-Time Panels in Brazil, the UK and USA.

Overall, it’s clear that the World Cup audience is a highly social one: exactly 50% of those watching games say that they’re checking social networks during matches in order to see what other people are saying.

As games are unfolding, a significant minority are also taking to social platforms in order to share their own views – a behavior which peaks in Brazil (38%).

Elsewhere, the “selfie society” continues to thrive. Nearly 10% overall say they’re taking pictures of themselves watching matches. Once again, this is highest in Brazil – suggesting that viewers in that country are the keenest to be heard and seen by others. 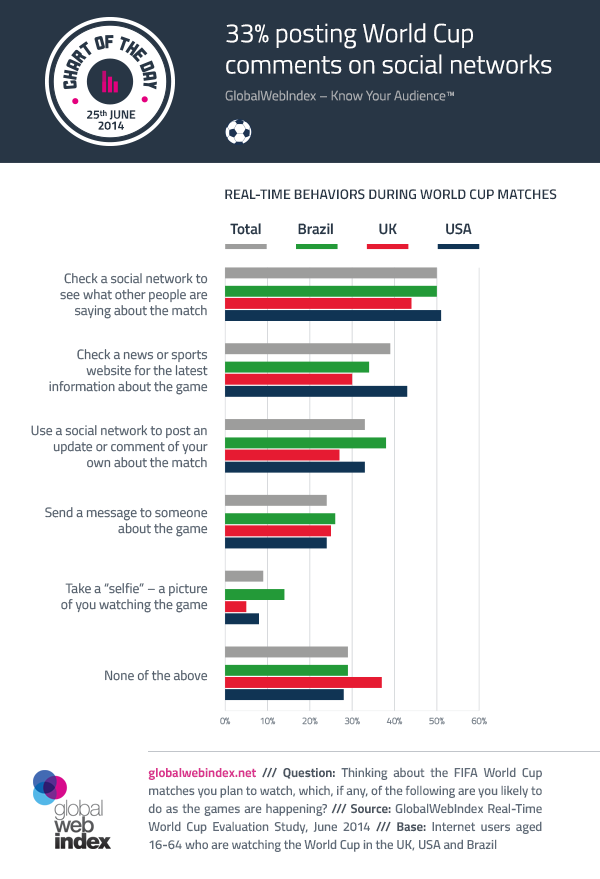