34% searching for products to buy via mobile

At a global level, 74% of internet users say that they use the internet to search for products or services to buy.

But if we look at this by device, it’s clear that mobiles have an increasingly important role to play in this process: the numbers searching via this device rose from 30% in late 2012 to 34% by the end of 2013.

When we convert this to an audience size, the scale of the rise is much more dramatic – up from around 480 million to nearly 615 million in just one year. As with so many other online behaviors, mobiles are rising. 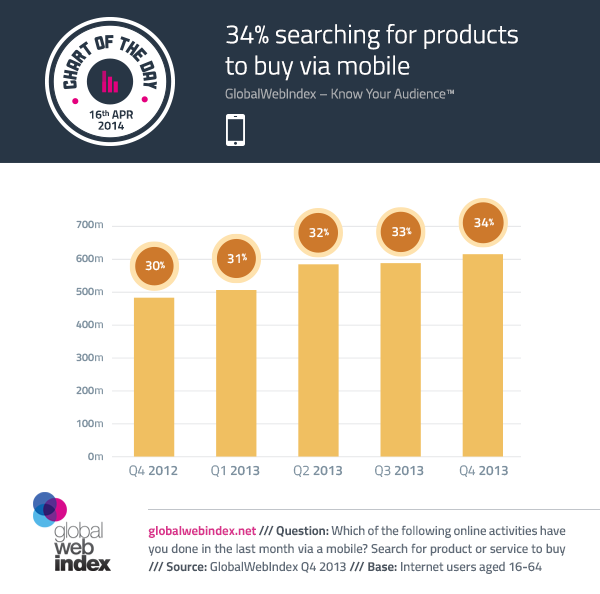