Rumors emerged last week that Google could be planning to add default ad-blocker functionality to its mobile and desktop versions of Chrome – a move that could potentially halt the growth of third-party options and give Google more control over the definition of what is an ‘acceptable ad’.

GlobalWebIndex’s research shows that Chrome is by far the most popular desktop web browser at a global level. And usage of ad-blockers has taken off among its users: over a third of those who use the desktop version of Chrome are currently blocking ads on their main computers, with figures on or above the 30% mark in all the 5 regions.

Clearly, then, this move by Google could resonate with a large section of its user base. And there is another key aspect here – mobile. Mobile ad-blocking has been slower to take off in the West, but it’s not hard to see how default ad-blocking in a mobile browser as popular as Chrome could be a game-changer here. 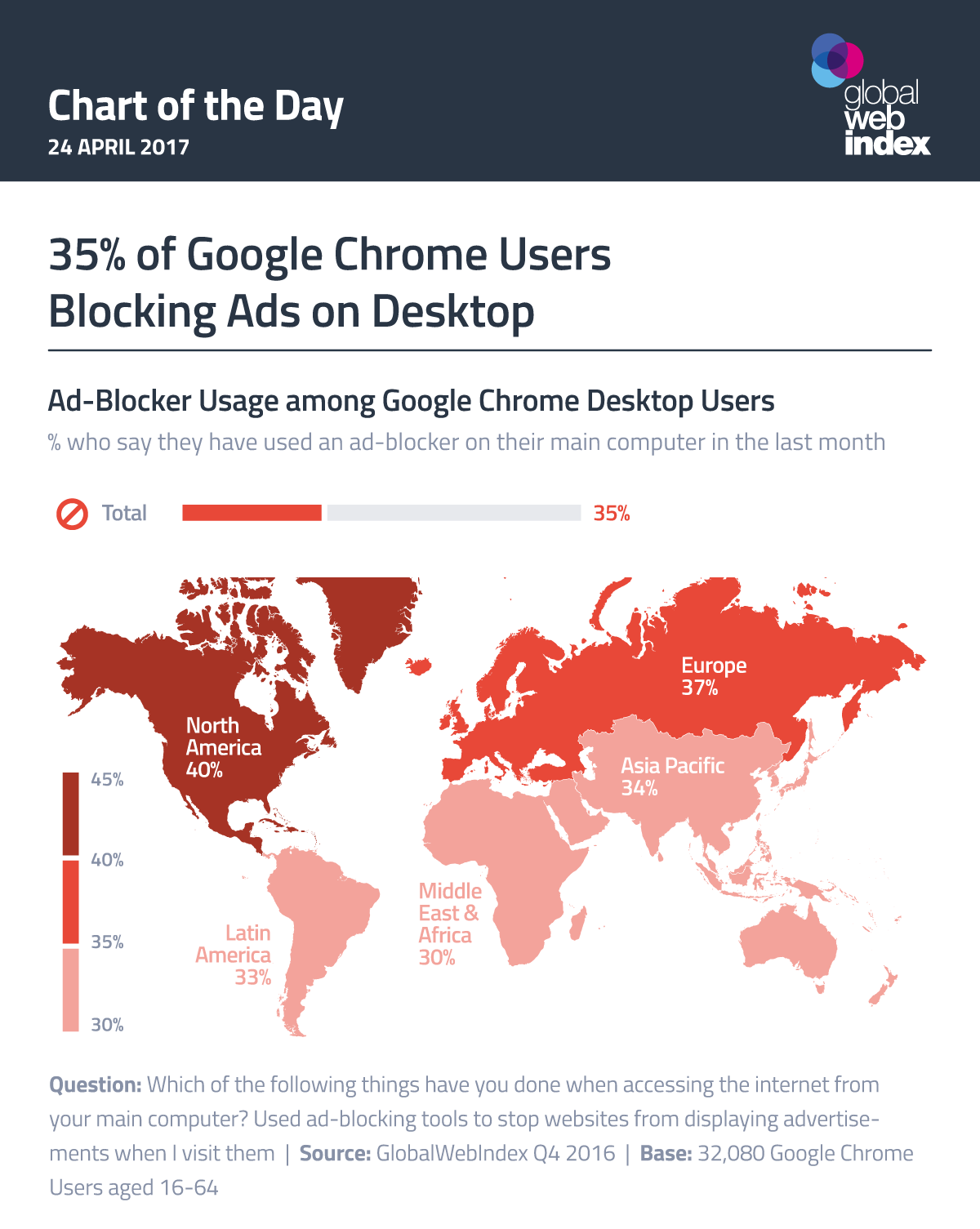