With speculation increasing that the Premier League will begin offering fans a direct service to live-stream EPL matches, our first Chart this week looks at the enthusiasm for online sports viewing among the Premier League’s current viewers.

It’s very clear that this audience is already comfortable watching sports coverage, and football matches, online. Across the globe, it’s about three quarters of these fans who say they regularly watch sports highlights or sports coverage over the internet. And, significantly, over half say they now do so on-the-go via their smartphones, demonstrating the opportunity that exists for sports leagues to engage these audiences at all times of the day.

Focusing in specifically on football/soccer online viewing re-iterates the opportunity that exists here for the Premier League. Already, an important section of the EPL fan base is watching football matches from other leagues or catching EPL coverage in some way online. And that 4 in 10 Premier League Fans in APAC are doing so, a region that is a key target market for the League, demonstrates that although entrenched broadcasting agreements may hinder progress here, the Premier League must look seriously into offering its fans the opportunity to live-stream matches. 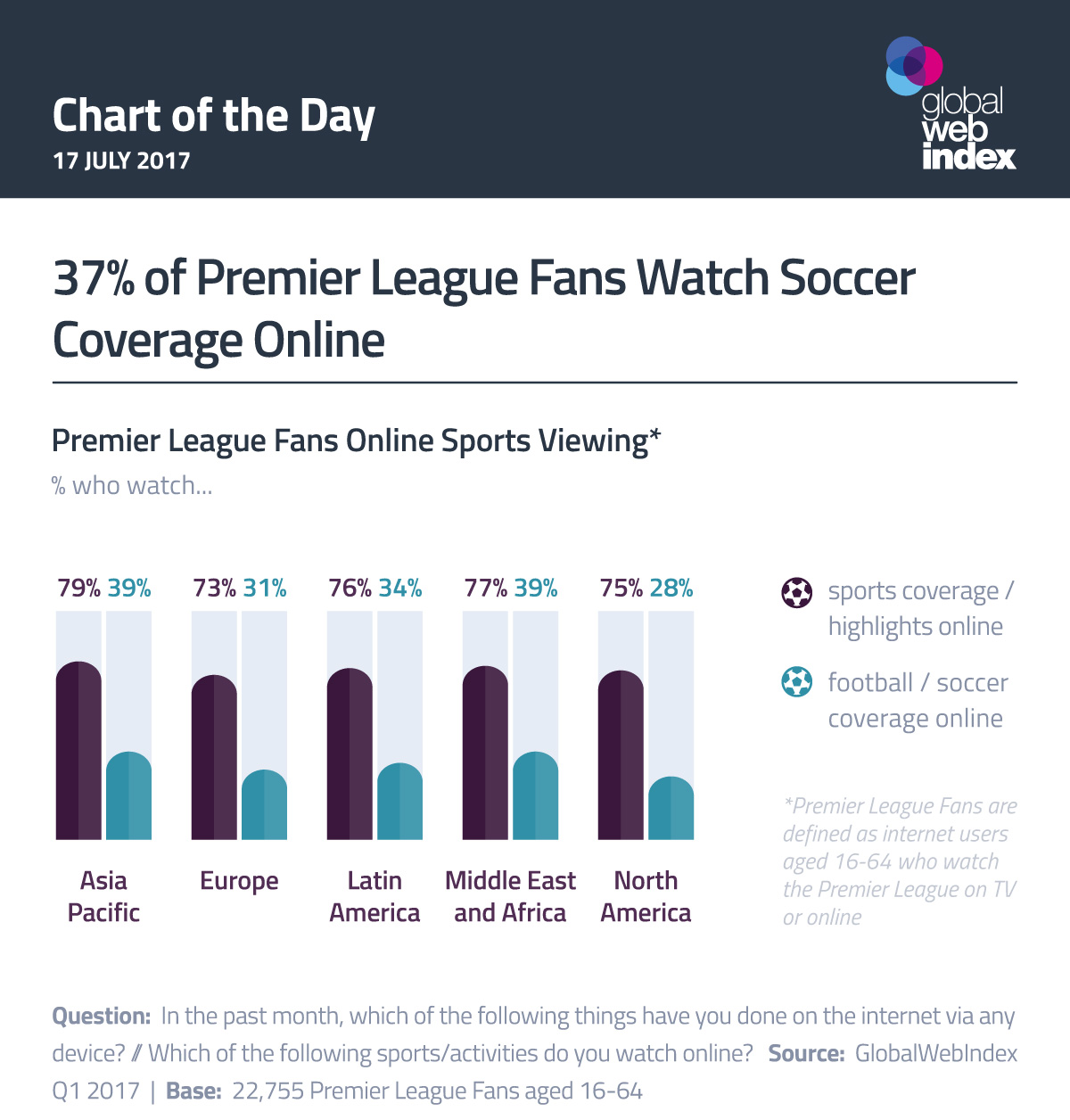