With the rise of online video being one of the key digital stories of the last few years, it’s no wonder that Amazon is trying to grab a bigger slice of the action with its recently announced Amazon Direct Video (a service which will host a range of user-uploaded content).

Across the US, UK, Japan and Germany (four of Direct Video’s first markets), it’s some 90% of Amazon Users who are regularly watching video clips online. In addition, a not insignificant 4 in 10 say they are uploading videos, indicating that there’s no shortage of people willing to share their own content on the web.

But rather than targeting the simple / everyday videos that have underpinned YouTube’s success, the focus of Amazon’s new venture is on premium content. So, perhaps most relevant here is that over half of Amazon’s visitors are already watching online TV/film services such as Prime Video and Netflix. It’s the latter which has a huge head-start in terms of market share, but Amazon is now able to offer users a wide range of benefits which straddle its various services. What’s more, Amazon has a history of playing catch up in many of its business endeavors and, with Direct Video, it is putting real weight behind its claim to be one of the leaders in online video. 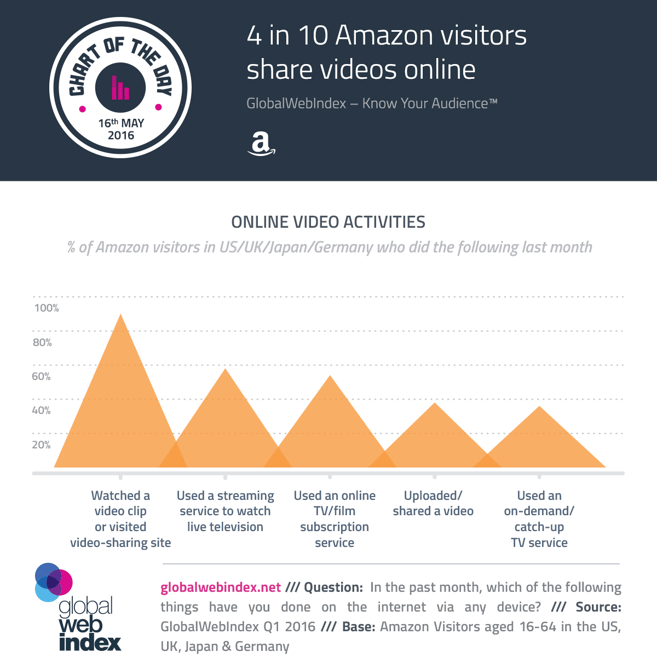