With Facebook posting another record-breaking quarter of results last week, Tuesday’s chart looks at the cross-over between its four main services.

Globally, over 60% of Facebook members now have an account on Messenger too – a service which has been posting serious growth each quarter, particularly since messaging was removed from the main Facebook app. Of the other two, it’s over 50% of Facebookers who are on WhatsApp and almost 40% who are Instagramming.

What’s particularly interesting here is that all three of them see a considerable jump if we narrow our focus to 16-24s. Although it’s often said that younger users have drifted a little away from Facebook, it’s clear that many of them have embraced other services within its eco-system. That’s a major reason why its revenue prospects remain so positive; even if some users aren’t using Facebook itself as actively as they once were, chances are that many of them have simply migrated to one of the other services it owns. 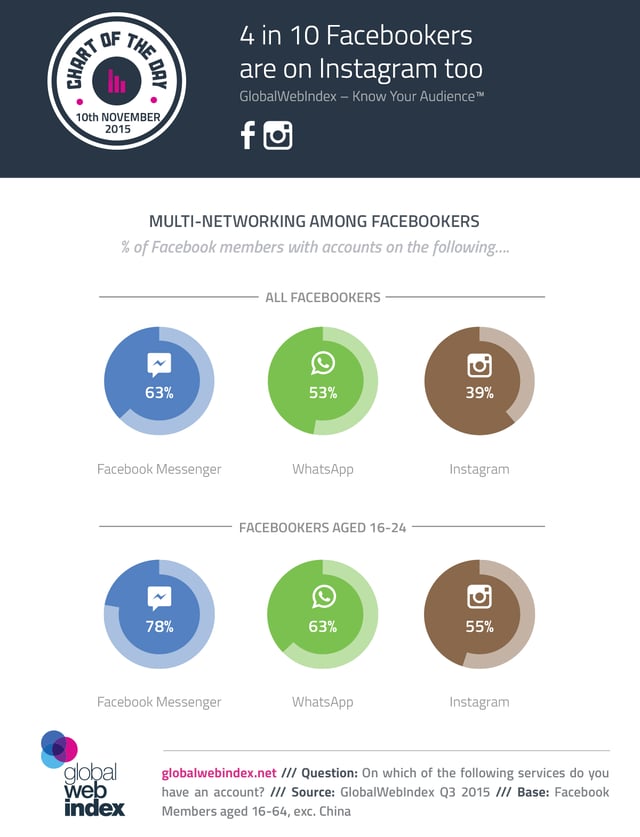