4 in 10 Facebookers Blocking Ads on Desktop

Facebook dominated the headlines last week when it announced it was responding to the rise of ad-blocking by changing the way desktop advertising is loaded, thereby making it considerably more difficult to detect.

It’s not hard to see why Facebook would want to tackle the issue. As today’s Chart shows, it’s almost 4 in 10 Facebookers who are turning to desktop ad-blockers – a figure which peaks among 16-24s (48%) before decreasing in line with age. That the youngest Facebookers are ahead suggests that desktop ad-blocking has the potential to become still more widespread in future years.

Although some users will be irked by such an update – and while the companies which offer blocking services have shown already that they will not take such a move lying down – the challenge of giving users more control over their ad preferences is one that many services will need to tackle. On Facebook, for example, over 60% of those who are using these tools say that too many ads are annoying or irrelevant (making this the top ad-blocking motivation of all). 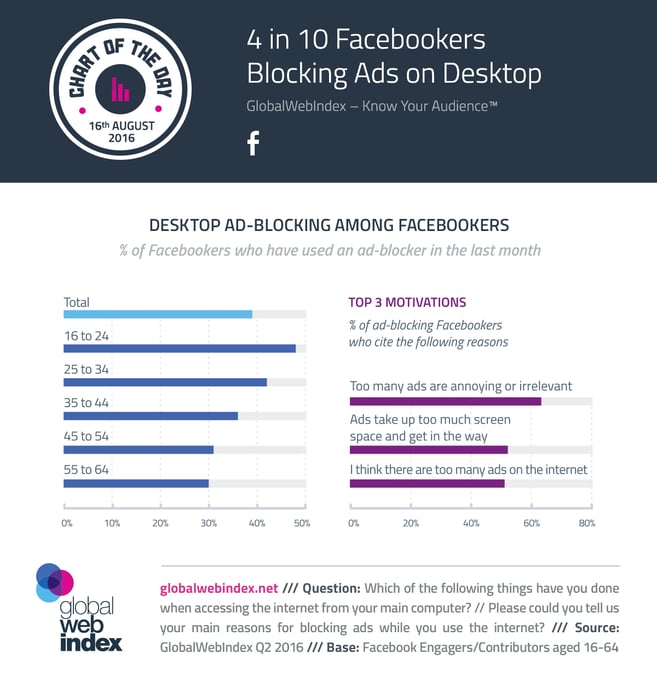