Facebook is still the largest social network in the world but the ways in which people use it are changing; for more and more users, it’s becoming a place to browse rather than post and share.

As a result, the number of Facebookers who identify themselves as active users has been declining steadily in the last few years – from 70% in 2012 to just 52% in late 2014. When users are on the site, they’re also doing less. Last month, 4 in 10 (non-Chinese) Facebookers ‘browsed their newsfeed for updates without posting/commenting on anything’, making this (un)activity almost as popular as updating one’s status.

There are many reasons behind the increasingly passive usage of Facebook, including the availability of other, newer social networks, the explosion in mobile messaging services and the rise of mobile networking more generally. Broadly speaking, mobile visits to social networks tend to be more frequent but shorter and less interactive than those made via other devices – a major trend considering that almost half of internet users are now mobile networking each month. 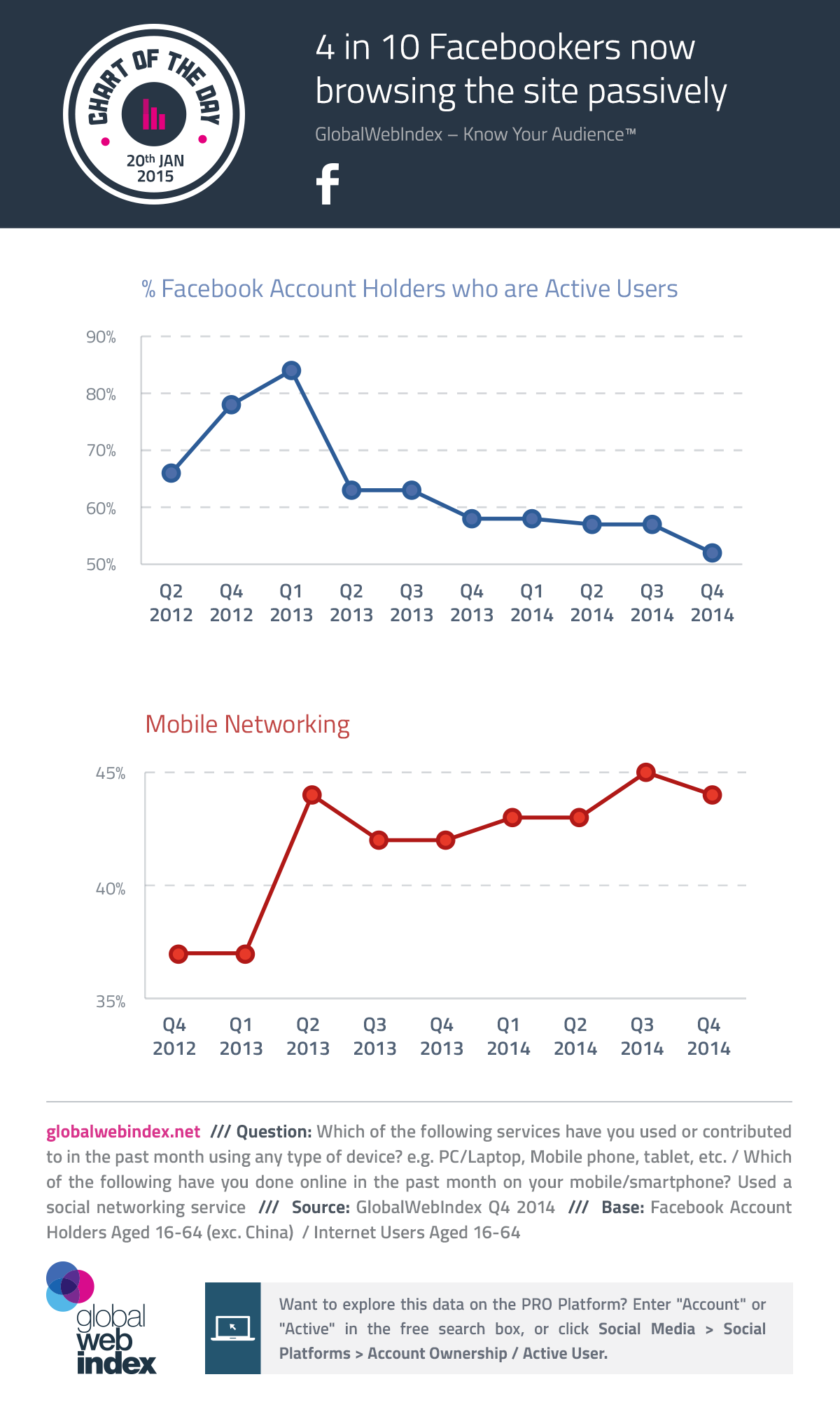