4 in 10 Snapchatters are sending video snaps

Snapchat’s launch of ‘Speed Modifiers’, which allow users to add slow-motion, fast-forward and rewind functions to their videos, is likely to resonate strongly with its users.

Looking at the top actions on Snapchat shows that 4 in 10 of the app’s users are sending video snaps each month. And with a quarter also saying that they are video chatting with friends, it’s not hard to see why the service would want to add new features which will keep its young and attention-short user base interested.

Indeed, while simply “sending a message” is the top Snapchat behavior overall, it’s a weaker first on this app than it is on rival services such as Facebook Messenger, WhatsApp and WeChat. Perhaps unsurprisingly, then, it would seem that photos and videos matter more to Snapchatters than they do to users of some of the other major messaging apps. 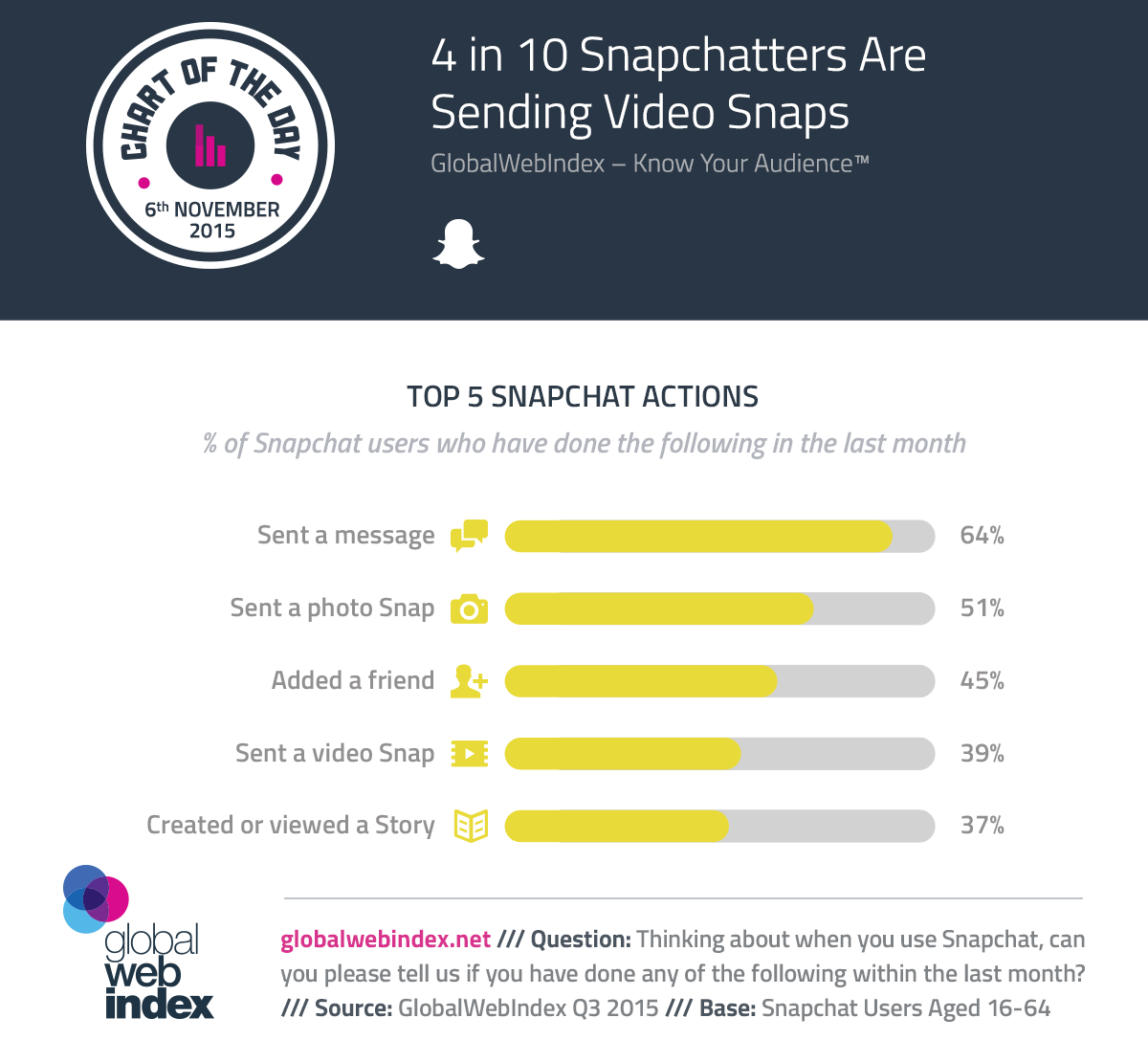