To mark the launch of our brand new GWI Social report (download a free summary here), Tuesday’s blog takes a look at interest in the Apple Watch among key social networking groups in the US/UK.

Although initial reviews for the Apple Watch have been relatively mixed, one thing has remained consistent: it’s generally agreed that Apple’s new device – as well as smartwatches generally – can achieve real success only if they convince us to use them in preference to our smartphones for certain behaviors. Social is one obvious area where this could be true; for today’s constantly connected consumers, the chance to receive notifications and carry out basic social activities without the need to remove a smartphone from a pocket could be a major selling point.

In this context, it’s pretty significant that almost half of those on Instagram or WhatsApp are keen to try Apple’s newest device. And it’s WeChat users who are really leading the charge here – some 75% among this audience are interested.

Of course, there’s a clear difference between expressed interest and actual purchasing behaviors. But given that social networking simply has to be one of the behaviors which is the first to migrate to smartwatches if they are to become mainstream, these figures are still highly encouraging.

Client can access the full version of GWI Social here. 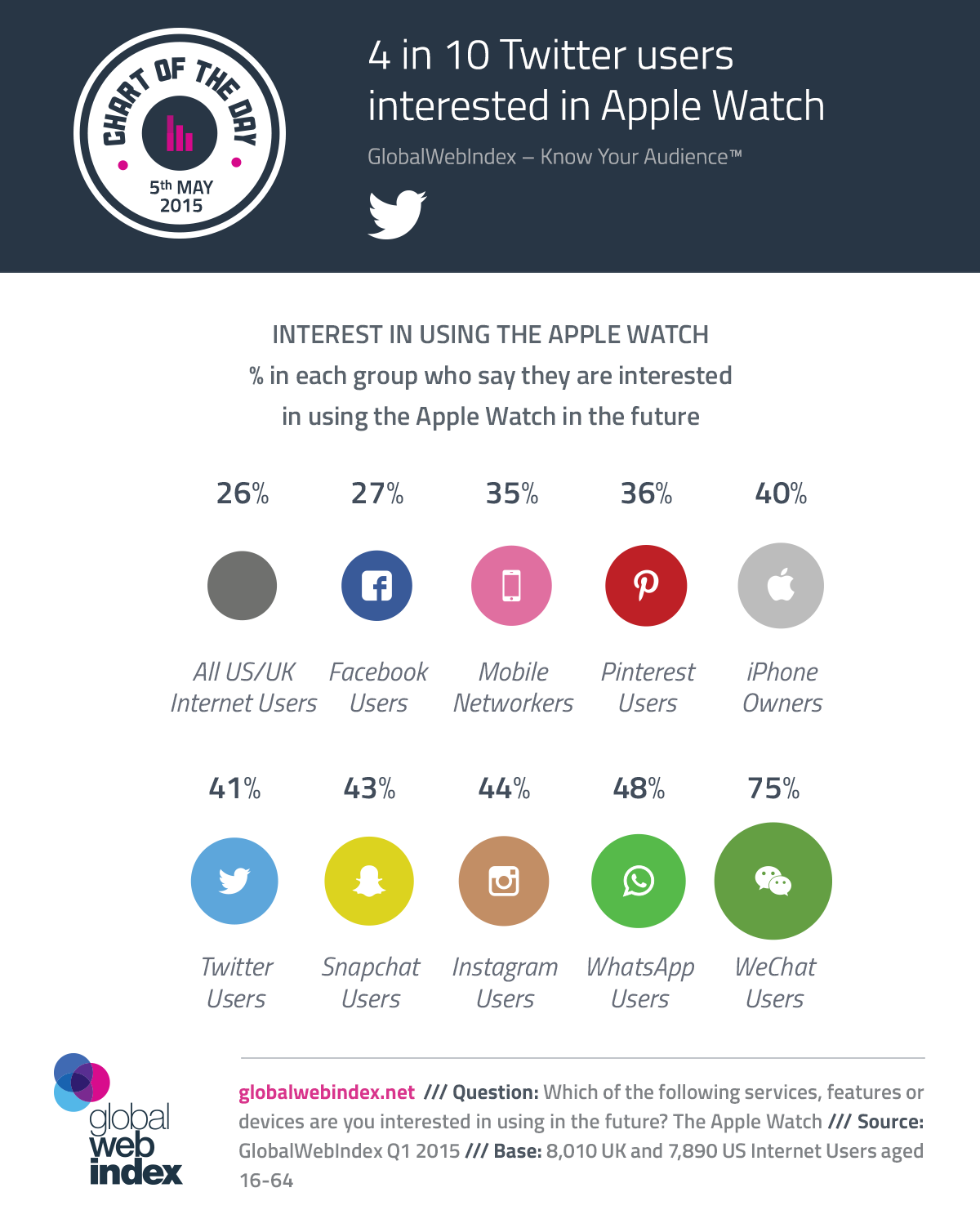