4 in 10 with Streaming Devices are Watching Netflix

As our new Q2 2015 wave of research shows, it’s now 15% of internet users who own a streaming device like Apple TV or Google Chromecast (allowing them to stream content to their television sets). And with HBO Now coming to Chromecast, Tuesday’s Chart of the Day looks at the OTT video services of choice among streaming device owners.

Netflix is the clear winner here. Almost 40% of streaming device owners say they watch the service at least once a month, making it twice as popular as second-placed Amazon Prime Instant Video.

The fight for third place is fierce. While Hulu just about claims this honor (being used by 17%), a broad selection of services post figures around 15%. So, while all of them have the opportunity to increase their reach among streaming device owners, they will have to work hard to mark themselves out from the competition. 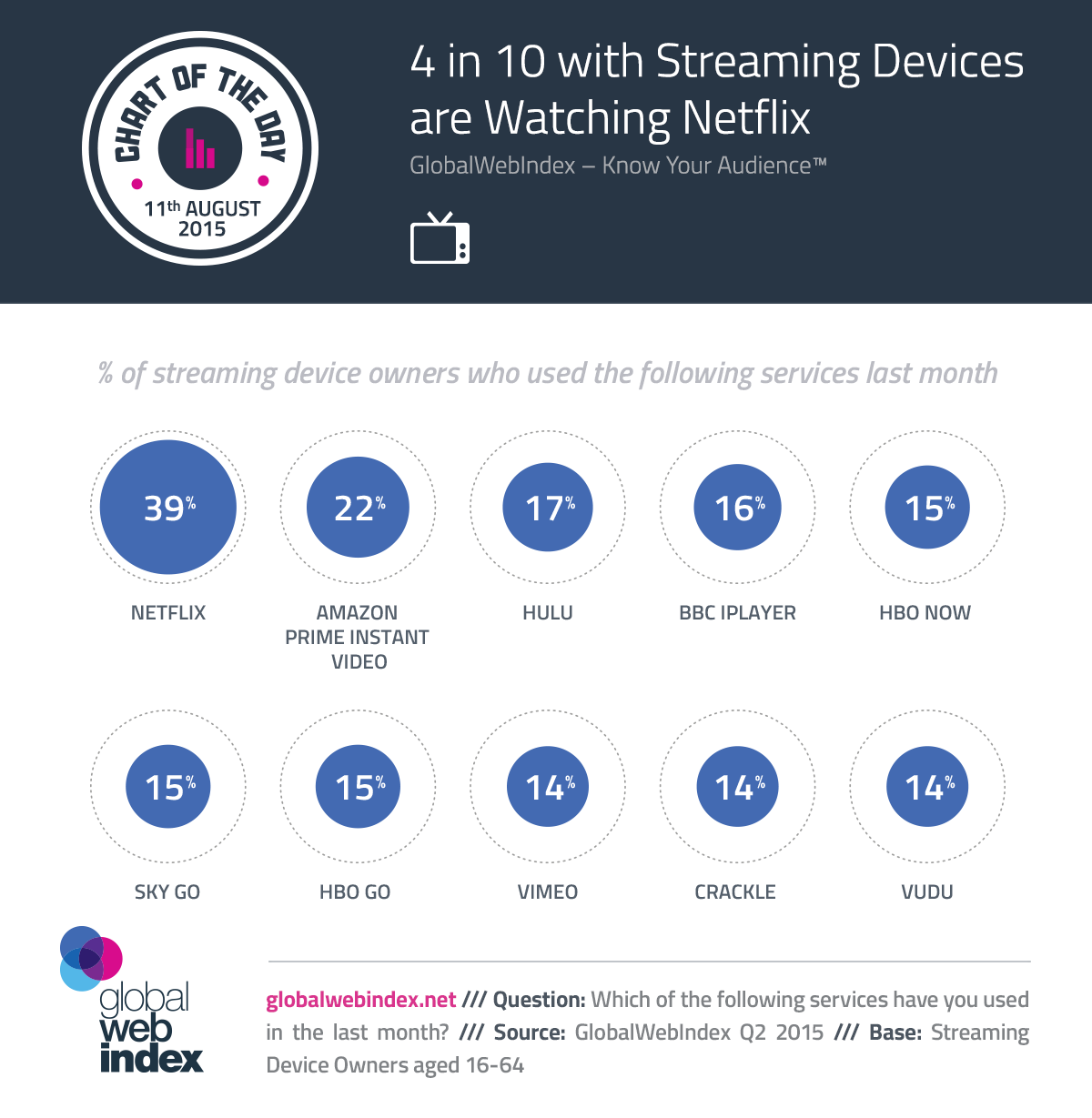