On the 10th anniversary of the launch of the iPhone, today’s Chart of the Day looks at the healthy number of digital consumers, from around the world, who say they would choose an iPhone when they next buy a mobile.

With 39% saying an iPhone is one of their top choices when they next upgrade or buy a phone, that puts the Apple brand essentially level with its major competitor, Samsung, and well ahead of challenger brands like Huawei and Xiaomi. Desire for iPhone peaks in the Middle East, with 60% or more of digital consumers in the UAE and Saudi Arabia saying they would like an iPhone.

But it’s perhaps the figures from Asia that are of most interest here. In a region where the iPhone has faced tough competition but where there exists vast potential revenues, that two thirds in Vietnam chose iPhone as a brand they want to buy, and that figures are 50% or above in Thailand, Philippines and Malaysia, demonstrates the opportunities that could open up for Apple in emerging markets. 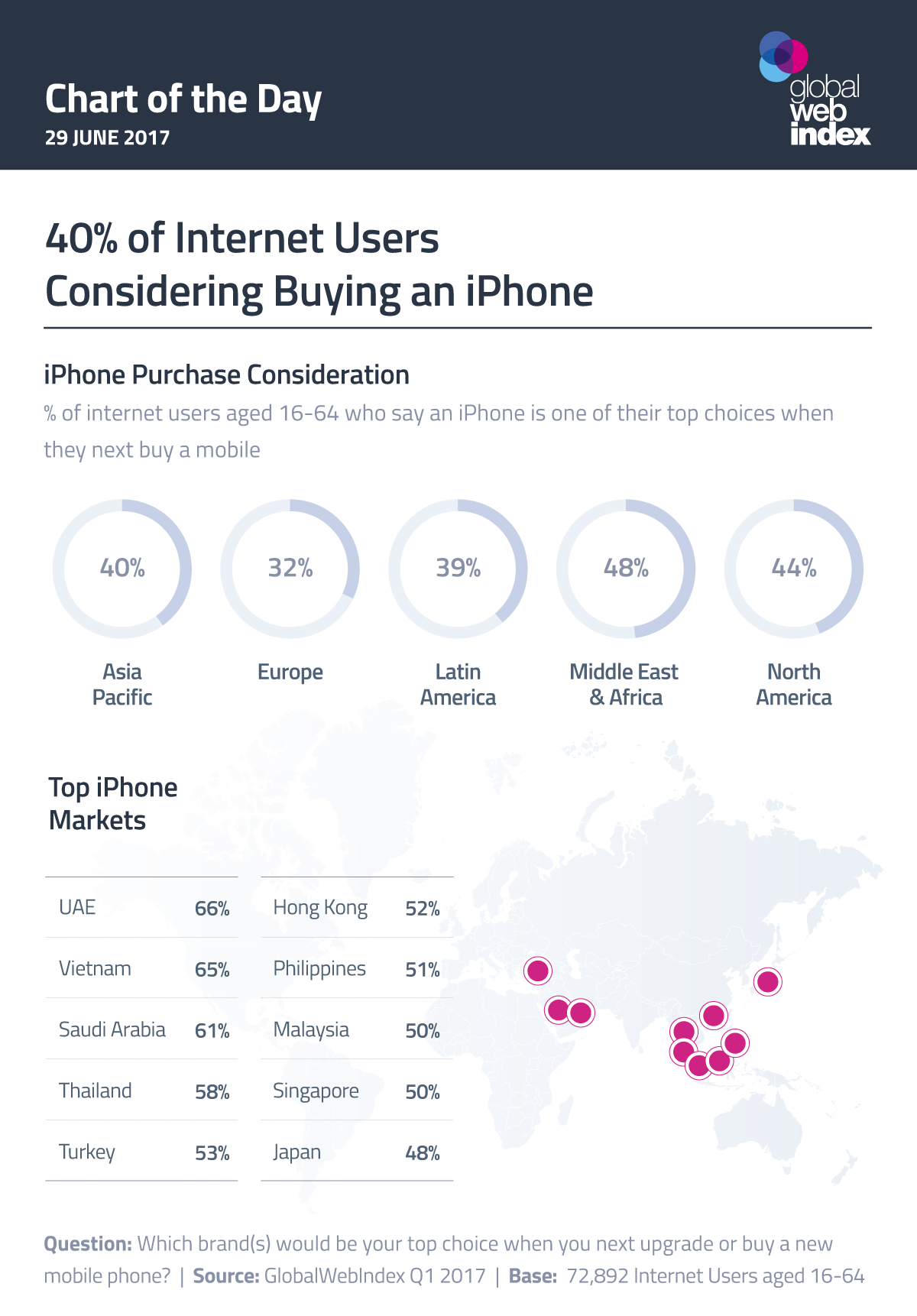