How many people are interested in helping to launch new projects via sites such as Kickstarter?

Globally, it’s just over 40% of internet users who say they have either pledged money through a service like this already, or are interested in doing so in the future.

If we analyze this figure in more detail, it’s clear that engagement rates vary significantly between groups, though. By region, internet users in LatAm are nearly twice as enthusiastic about Kickstarter-style funding as their counterparts in Europe. Age has a similarly strong and predictable impact: 16-34s are much more likely to pledge money than 55-64s. 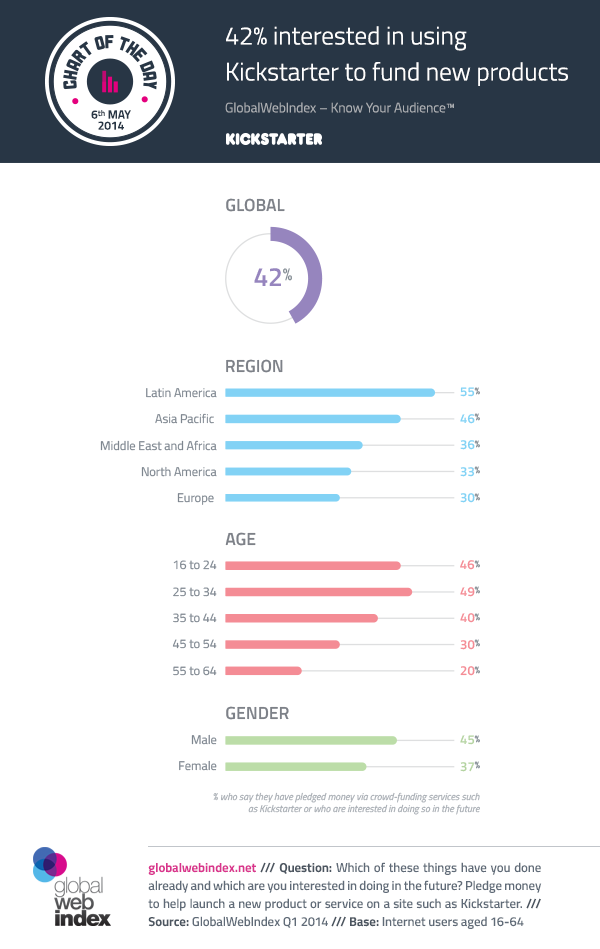