42% of internet users in APAC watch the EPL

Asia Pacific was a popular destination for EPL clubs to expand their marketing reach through pre-season tours this summer, with Arsenal taking on Chelsea in Beijing’s Bird’s Nest Stadium. With the EPL season proper kicking off tomorrow, our Thursday Chart of the Day examines the popularity of the EPL in this key region.

It’s over 40% of internet users in the APAC region who say they watch Premier League matches on TV or online. This is testament to the marketing efforts of the League and its major clubs, which has made the EPL the default soccer competition for football fans in Asia. In comparison, we see lower figures for EPL viewership in Europe, where numerous national leagues vie for fans’ attention. APAC is also the region where online viewership is at its highest, with 19% catching matches online.

All this provides context for the massive efforts that the League and clubs have made in Asia, and the high-profile broadcast rights deals that have been inked in the past few years. Streaming provider PPTV’s $700 million purchase for EPL broadcast rights in China from 2019 onwards is the most notable example. 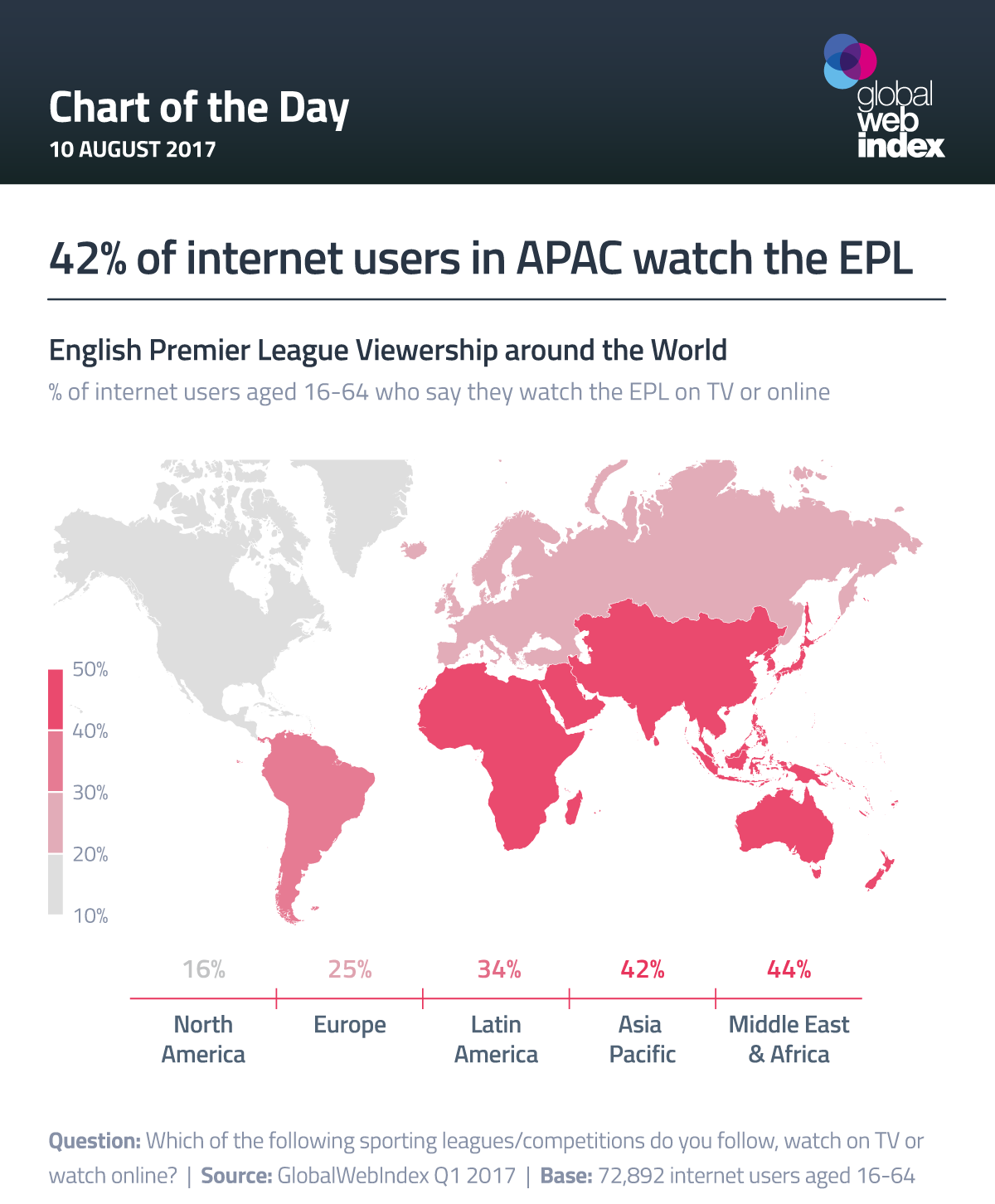