50% of Facebookers use it multiple times per day

Facebook emerges as the clear winner for this metric; exactly half of its active users say they access the service more than once a day, with a further quarter saying they use it daily.

Facebook’s success at making its platform integral to its users’ online lives is obvious when we look at usage frequency among active users on other platforms. On YouTube, Twitter, Instagram and Google+, just 25-28% are accessing multiple times a day – half the figure that Facebook posts.

On some of the smaller networks, meanwhile, it’s just 15% or so of active users who are accessing multiple times a day. In fact, almost half of Tumblr’s and Pinterest’s active users say they use the platforms less than once a week. 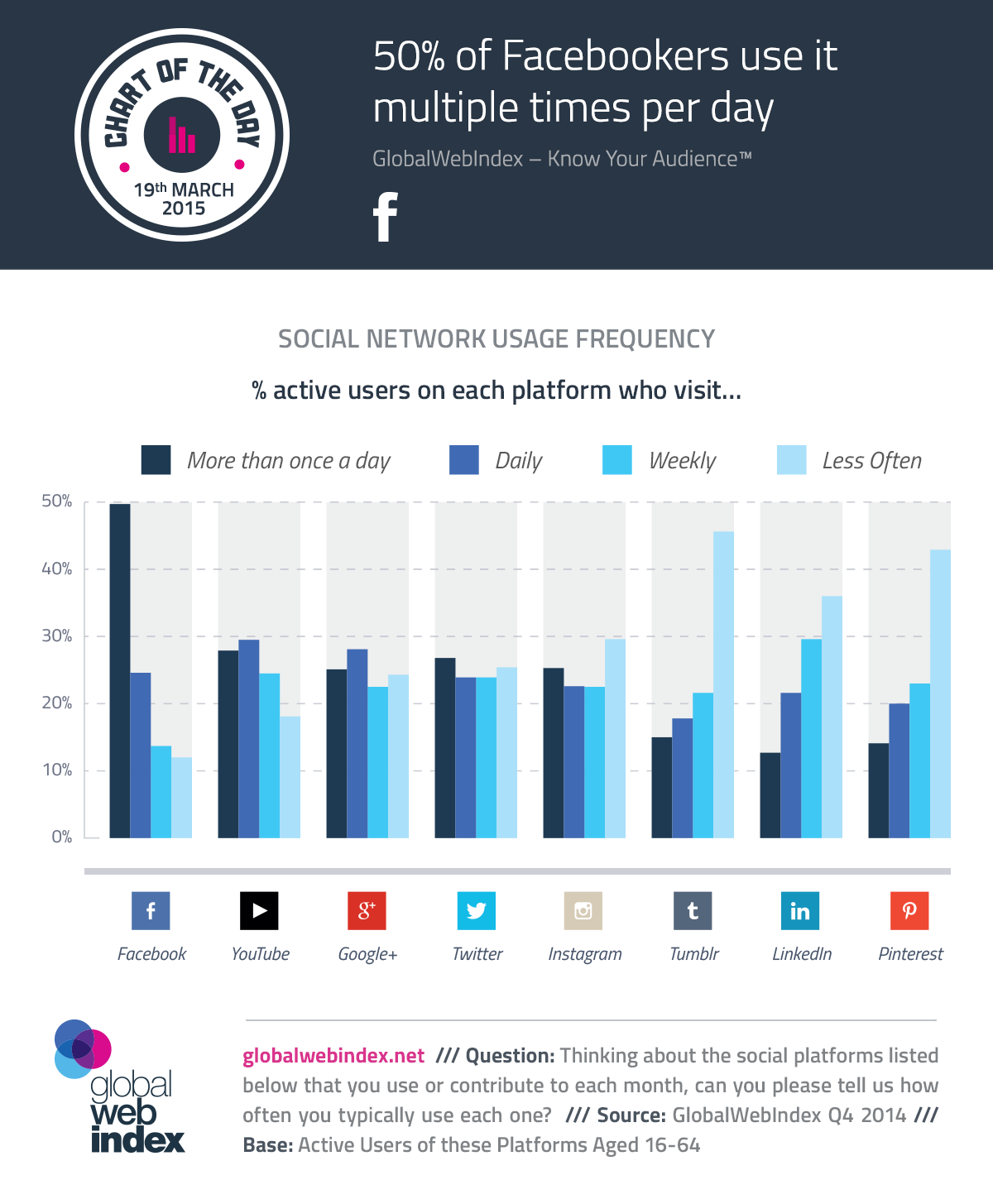