Drawing on more data from our new Q1 2014 wave of research, here we look at interest levels in using 3D printers.

Overall, more than half (52%) of internet users express enthusiasm about this type of technology – twice the proportion who say they have no desire at all to engage with them (23%).

But it’s particularly noteworthy that levels of interest are pretty consistent across regions and demographics. Certainly, men have a small lead over women, North America lags the other world regions and 55-64s are behind the younger age groups; but that more than 40% in most groups say that they want to use one shows just how much 3D printers have captured the interest of internet users. 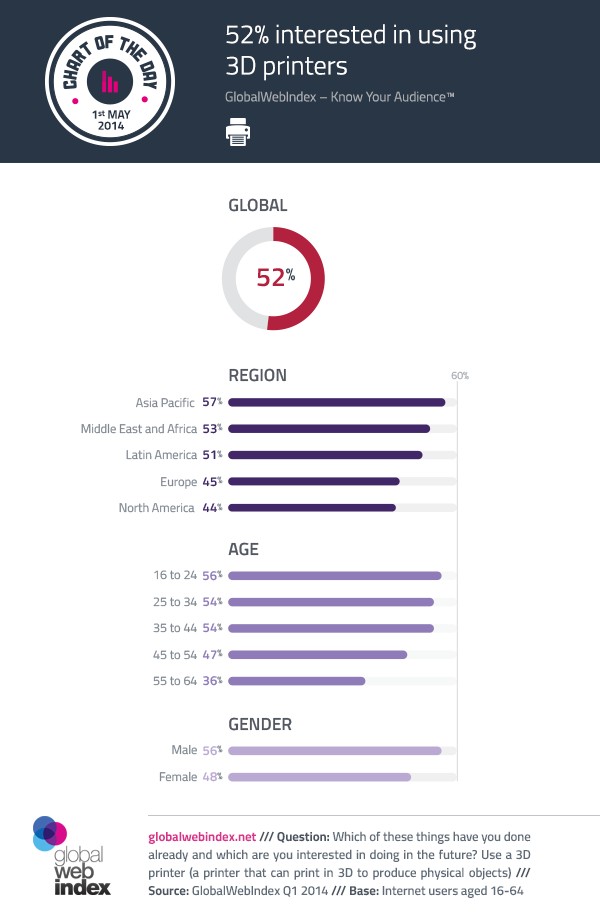