If we analyze the data by region, North America has a strong showing as we might expect, but it’s clear that the biggest appetite for this type of content is in Asia Pacific.

Is it a coincidence, then, that engagement with VPNs (virtual private networks) and Proxy Servers is also highest in APAC? Or that the top reason for using such tools is to access better entertainment content? Probably not. Currently, content providers simply aren’t meeting demand among certain parts of the online population. 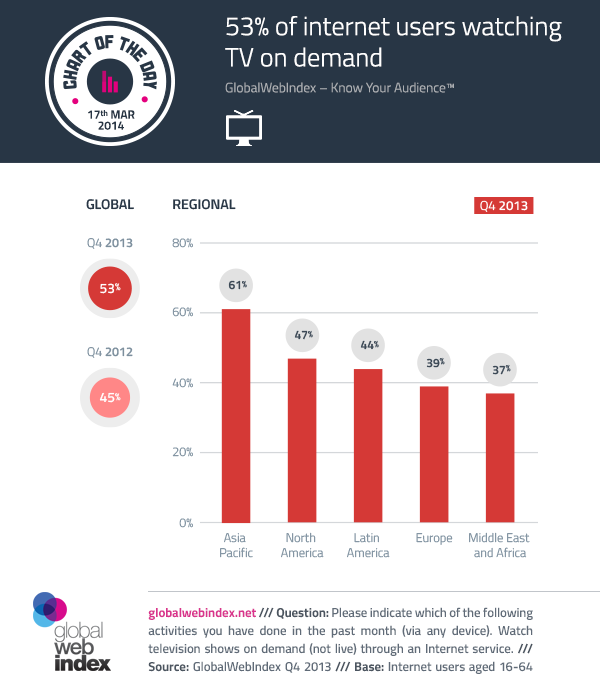