Compared to mobiles or laptops, tablets are much more likely to be shared devices: fewer than 50% of the tablet audience say that they are the sole user of their device, with nearly a quarter sharing it with one other person and close a third saying that two or more others have access to their tablet.

If we look at the demographics underlying this, neither gender nor age has an especially strong impact. Despite 55-64s being the least likely to share a tablet, the figures are relatively equal for all other ages and for men vs women.

By far the biggest differences emerge if we look at family status: parents are much more likely than others to be sharing a tablet, and this behavior increases directly in line with the number of children in the household. That tablets are playing an important role as family entertainment devices can be in little doubt.

Overall, it’s abundantly clear than one device does not automatically equal just one user – suggesting that passive analytics techniques are under-estimating the true size of tablet audience. 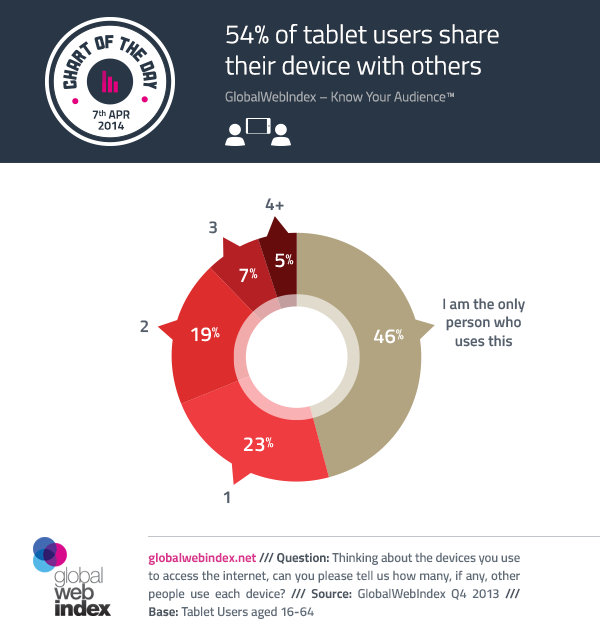