Tablets have become relatively mainstream devices; globally, 44% of online adults aged 16-64 say they personally own one. As today’s Chart of the Day shows, though, there are some particularly striking demographics underlining this figure.

Perhaps most notable is that older age groups lead for tablet ownership. Half of 35-44s say that they own one of these devices, putting them significantly ahead of the youngest group (on 36%). Crucially, 16-24s are in fact the least likely to own a tablet, with even 55-64s having a 4 point lead over the youngest group. Whether for reasons of cost or interest, the youngest internet users have simply not embraced tablets to the same extent as their older counterparts.

The impact of cost also becomes apparent when we look at ownership among the various income groups. The highest income group are almost twice as likely as the bottom one to own a tablet. So, until a greater range of low-end tablets become available, the issue of expense is likely to prevent tablets from making further progress. 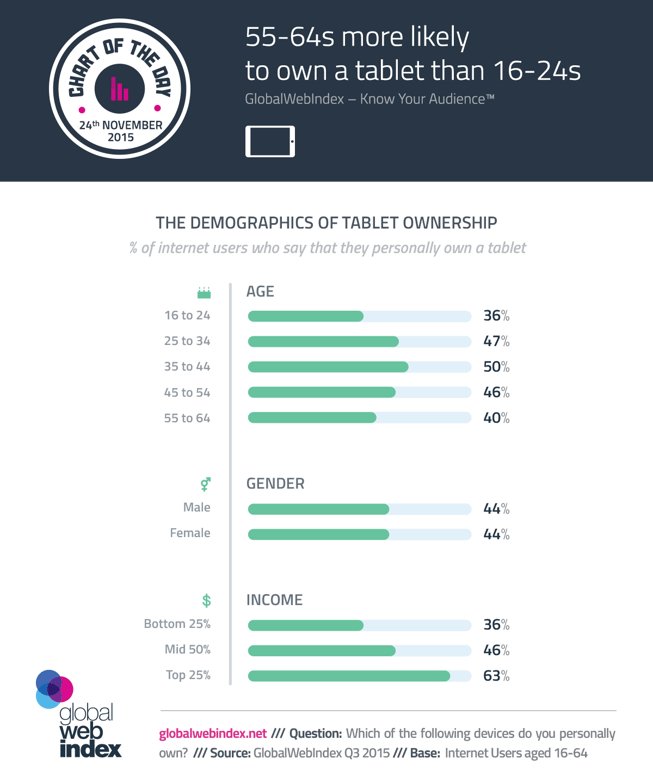