If we look at active usage – that is, people who say they have actively used or contributed to a particular service within the last month – Facebook’s dominance is clear. It has more than twice the number of active users as any other network.

White/Caucasian non-Hispanics are also the most likely group to be actively using Pinterest (16%), but they then trail behind all of the other groups on the rest of the social platforms tracked in our chart.

That said, some perspective is essential here. If we take Twitter as an example, the 20% of White non-Hispanics who say they actively used it last month represent far more people than the 23% of Black/African Americans or 24% of Hispanic Americans. And Facebook still offers by far the best reach in terms of targeting consumers of any ethnic background. 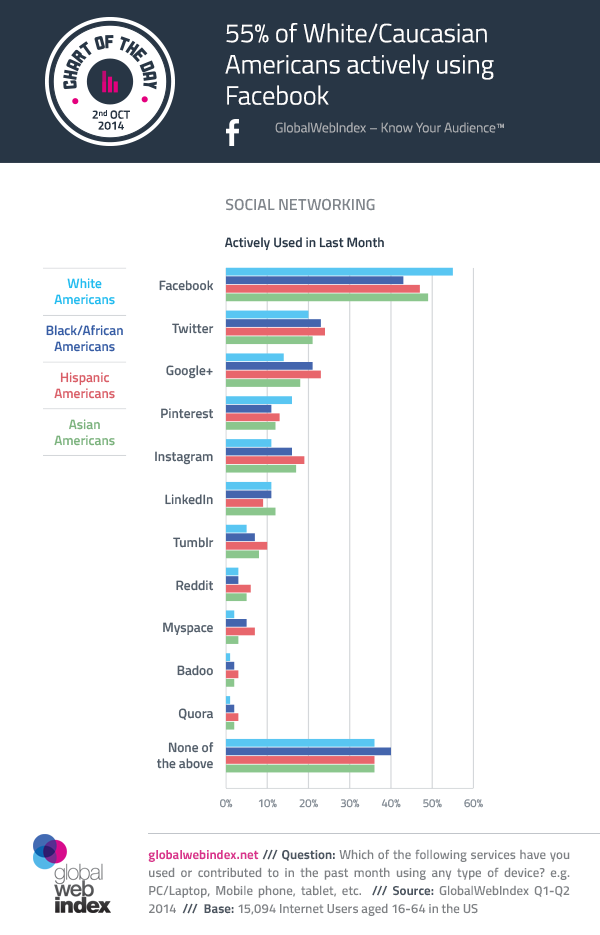