As we explore in our new Teens report (download a free summary here), 16-19 year olds are devoting significant portions of the day to online entertainment.

But while Teens might be entertainment-hungry, it’s still only fairly small minorities who say that they’ve paid for various forms of online content in the last month (the most popular purchases being music downloads, online games and apps). In fact, teens are less likely to be paying for content than those in older age groups.

But that’s not stopping them accessing online content. For video-on-demand services, Netflix is notably popular – one fifth watched it last month (twice as many as used rival service Amazon Prime Instant Video). And, in certain markets, this rises much higher – 58% of Teens use it in the USA, as do 4 in 10 in the UK.

For music streaming, SoundCloud beats Spotify when we examine the global figures for teens – although Spotify comes out on top in Europe and the two platforms are neck-and-neck in North America. 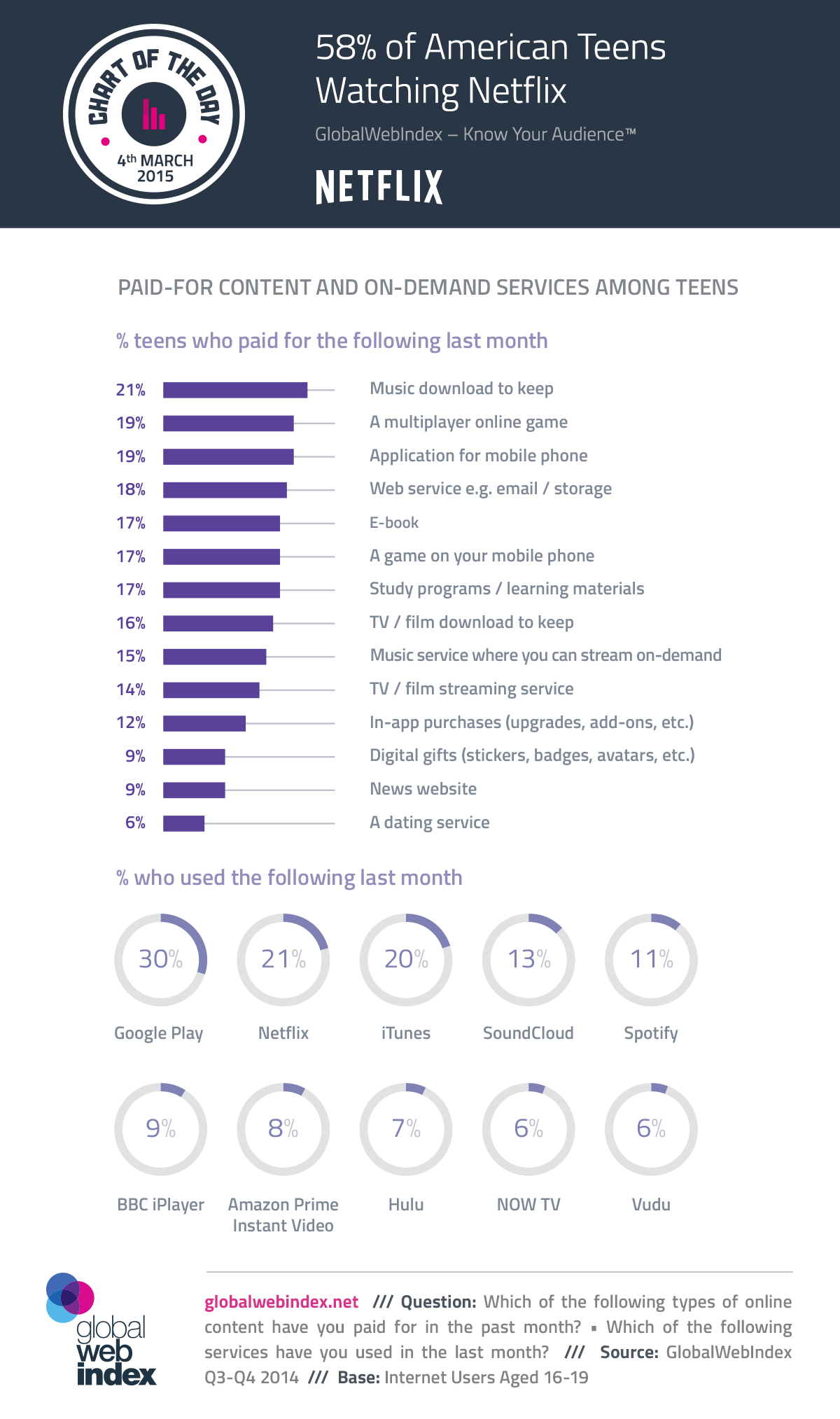