6 in 10 gaming on their smartphones

Less than a week after launching Pokémon Go, Nintendo’s new app has topped the charts and led to a significant rise in the company’s valuation – showing just how popular mobile gaming has become.

As today’s chart demonstrates, it’s now 64% of online adults who say they game on their smartphones. These figures might be subject to strong regional variation – with a mighty 7 in 10 online adults being mobile gamers in the predominantly fast-growth regions of APAC, the Middle East & Africa and LatAm – but even in the more PC/laptop-centric regions of Europe and North America, it’s still 1 in 2 internet users who report playing games of some kind on their mobile.

So far, Pokémon Go has officially entered just a few select markets, including the US and Australia. But with such strong enthusiasm for mobile gaming across our 34 countries, it’s clear that there’s still plenty of room for further growth. 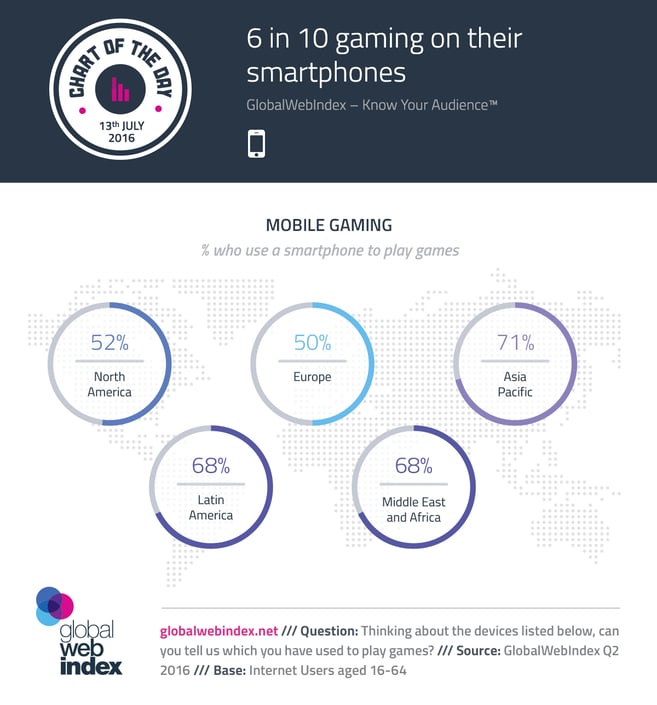