6 in 10 Internet Users Visit the Cinema Each Month

Although 2015 was a bumper year for cinema ad-spend, 2016 has seen equally impressive growth and, as today’s Chart of the Day shows, this format has a strong potential reach – 6 in 10 internet users are visiting the cinema at least once a month.

So, with such an impressive reach, it’s no wonder that the cinema’s most coveted ad-slot, the ‘Gold Spot’, demands such a hefty price tag – especially when more than a fifth of cinema-goers say they discover brands via ads seen at the cinema. 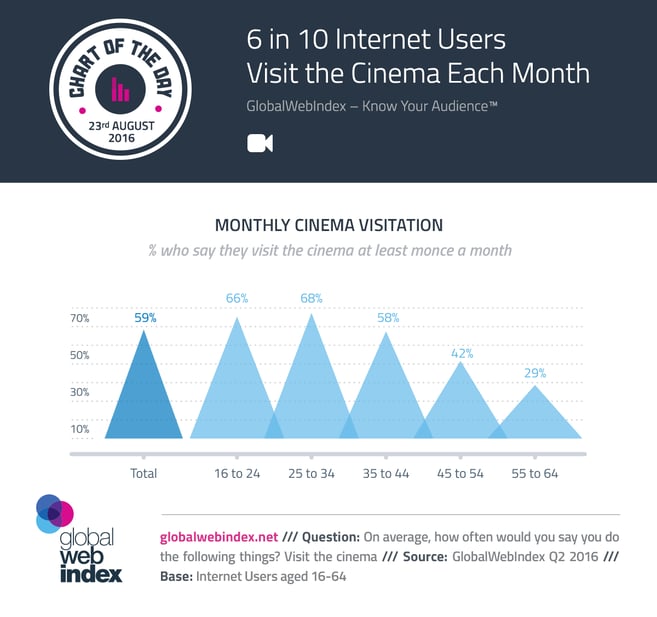