With Google’s new video-calling app, Duo, gaining its first users after its launch last week, today’s Chart of the Day looks at the vast penetration rates that Google’s operating system, Android, enjoys around the world.

Although also available on iOS, Duo’s real market is likely to be the almost 60% of internet users who are using an Android smartphone. iOS’s strong challenge in North America may reduce Android rates in this region to 40% but a key strength of Android is its success in fast-growth markets, with rates reaching two thirds in LatAm and a highly significantly 63% in APAC.

Even so, the success of Duo is far from assured. The video-calling service has to compete with long-established rivals like Apple’s Facetime and Skype, and also the bandwagon of messaging apps that are pushing video-calling functionality, most notably Facebook Messenger. Ease of use will be a major factor here, with Duo users able to make calls without requiring an account or a login process.

Above all else, however, Duo will need to gain serious traction before WhatsApp launches its own long-rumored video-calling functions. WhatsApp’s booming success, particularly on Android and especially in the fast-growth markets that Duo is likely to target, means this Facebook messaging app could be a serious challenge to Duo’s success. 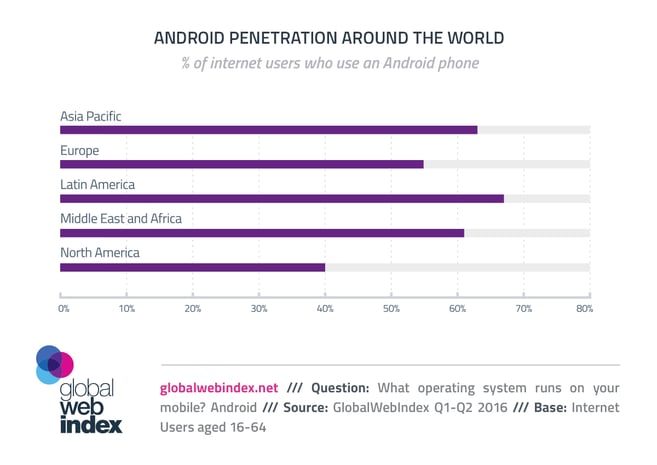