Following in the footsteps of Instagram, Tumblr is the latest social platform to introduce instant messaging functionality.

As our midweek Chart of the Day shows, there’s a big demand for instant messaging services among the Tumblr user base. Already, 58% of them are using Facebook Messenger on a monthly basis, while close to half say they are active on WhatsApp.

That so many Tumblr users are turning to competitors’ chat apps will undoubtedly have been a driving force behind the arrival of messaging on Tumblr. Indeed, even though it’s only a quarter of Tumblr users who are Snapchatting, this is 3.2x the global average and rockets to around 40% in the UK & USA. Giving these users another reason to stay on the platform is thus a smart move by Tumblr. 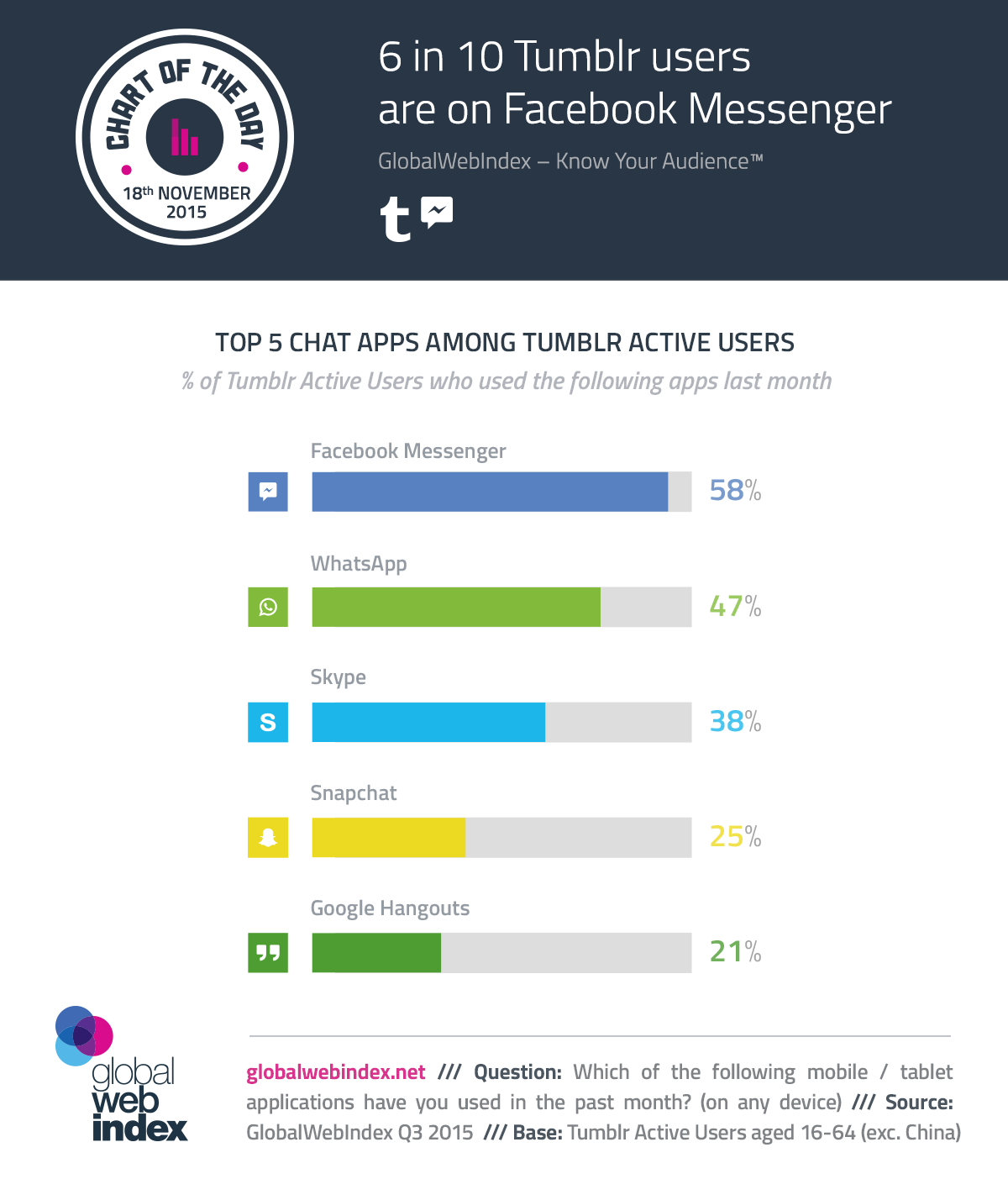