In a deal with Universal Music, Spotify has announced that new albums from certain artists on the record label will only be available to paying Spotify members for the first two weeks of their release.

This change to its ad-supported tier will increase the gap between its free and paid-for services, with the hope of converting more users to the paid-for tier. At present, there’s a huge disparity here, with a substantial 50-point gap between those who say they use music-streaming services (62%) and the numbers paying for this access (13%). 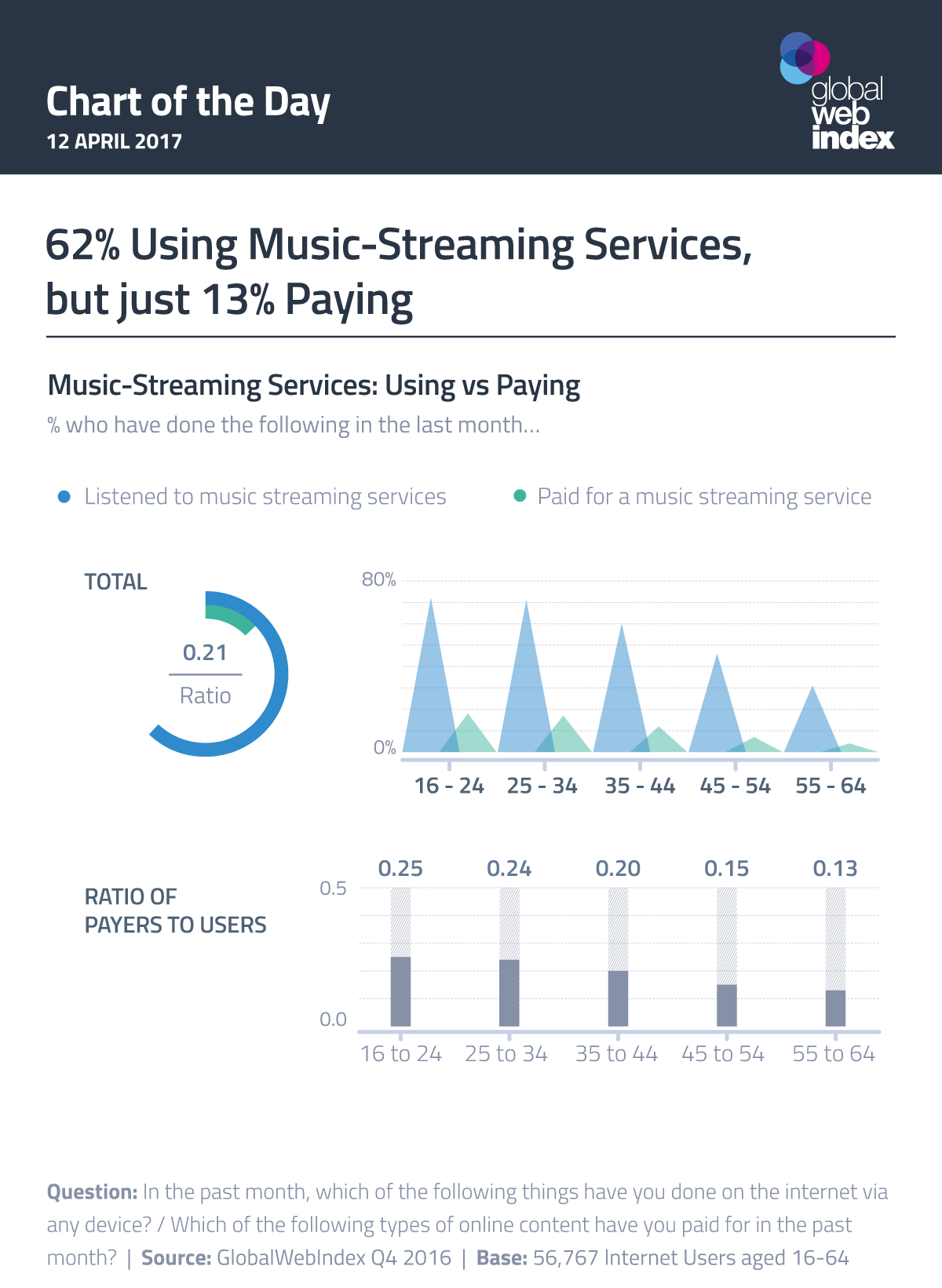