After WhatsApp announced last month that it would begin sharing user data with its parent company Facebook, recent days have seen authorities in Germany and India implementing restrictions to prevent such flows of information from taking place.

And as Tuesday’s chart shows, consumers have pronounced concerns when it comes to data collection and sharing. Although there are often many end-user benefits to such initiatives, it’s a considerable 63% who say they worry about how their personal data is used by companies. Particularly telling is that this sentiment shows virtually no variation by age: 16-24s are just as likely as 55-64s to be concerned about data collection.

By region, figures remain above the 60% mark in all places but have a pretty striking peak among Latin Americans – which just happens to be WhatsApp’s best performing market.

In light of these concerns, it’s hardly surprising that so many consumers are attempting to manage and safeguard their online presence by deploying ad-blockers, private browsers, anti-trackers and the like. It’s also a clear reminder of why transparent and consumer-centric data policies are becoming so important. 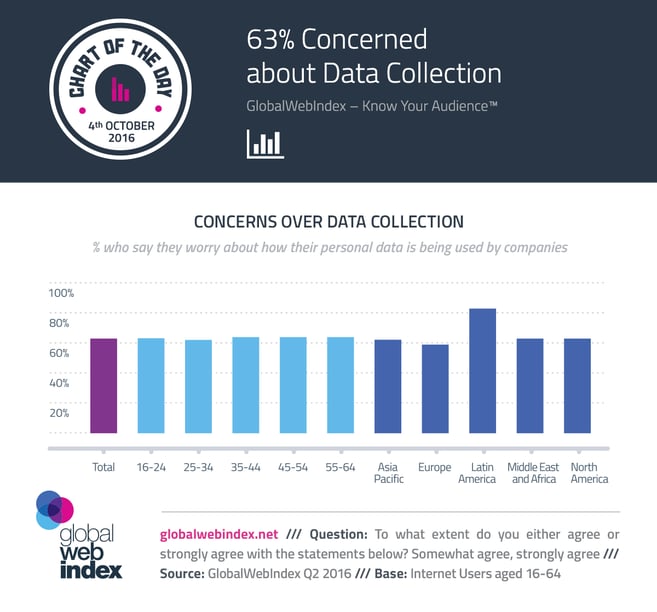