2016 was the year that video made a big impact on Facebook, and there are clear indications that one of the major developments on Facebook for 2017 will be music.

Attracting Tamara Hrivnak, former director of music partnerships at YouTube, to Facebook HQ is one sign that Facebook expects music videos to become a key asset to its platforms. And the opportunity for engaging Facebookers with music is apparent – nearly two-thirds of this audience are already using music streaming services and it’s now close to half who say they prefer streaming music to buying albums or downloads.

While services like Tidal and Apple Music have touted the ‘premium-only’ model as the future of music streaming, the fact that only 15% of Facebookers say they pay for a streaming service suggests that Facebook’s traditional revenue model – providing services/content in exchange for data and advertising exposure – might form the best approach here. 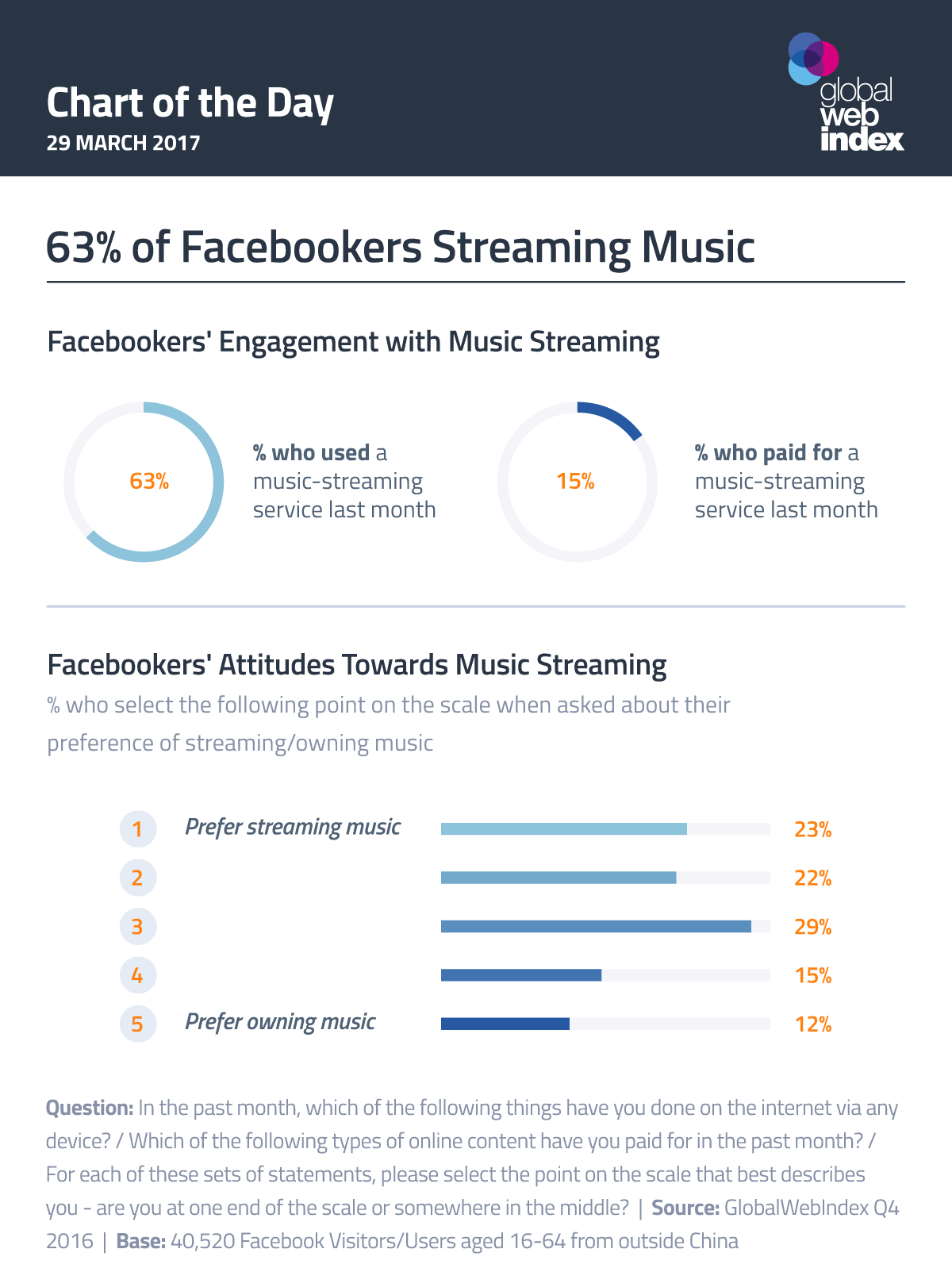