With Super Bowl XLIX taking place this weekend, our final post this week places a spotlight on the NFL’s American and global fans (download a free report on this audience here).

Within the US, close to two thirds of online adults describe themselves as NFL fans – with 56% saying they tune in to games on television and a further 9% reporting that they watch them via the internet.

As we would expect, the global figures – which reflect an average across GlobalWebIndex’s 32 countries – are considerably lower than this. Nevertheless, it’s still 38% who say that they are an NFL fan, confirming that the sport now has a truly worldwide following.

By age, it is 25-34s in the US who are most likely to be fans, with 16-24s scoring the lowest figures of any age group (59%). There’s a key difference in terms of viewing behaviors here, though: 16-24s are some of the most likely to watch games online but are the least likely to tune in via television. As with other media behaviors, then, there’s little doubt that this age group is at the forefront of the migration to online. 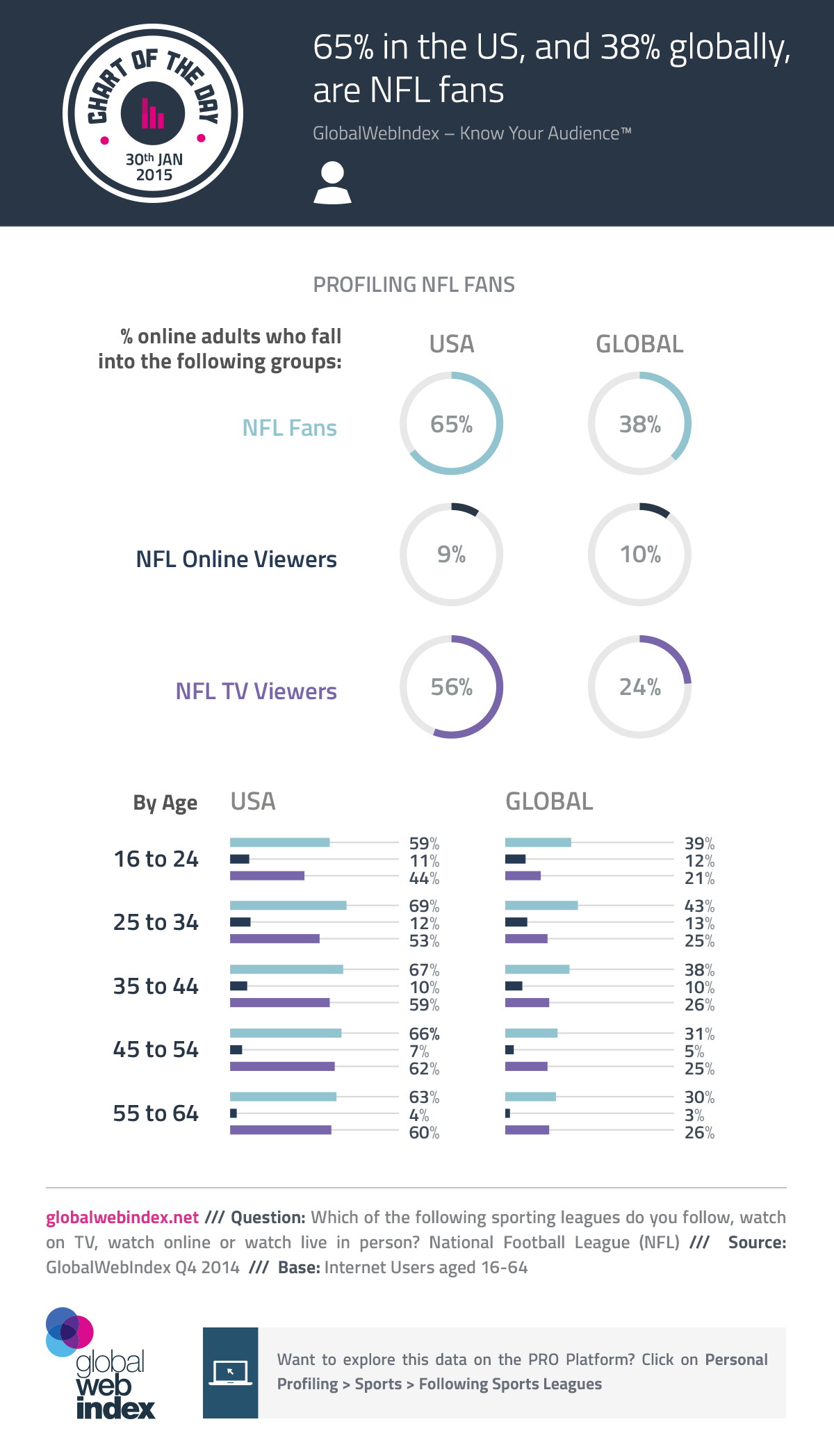