66% of Australian internet users are second-screening

To mark the launch of our latest market reports on Australia, Canada, Indonesia and Mexico – now available to download through the GWI Insight Store – here we take a look at the second-screening trend among Australian internet users.

Overall, a sizable two thirds say that they have used an additional device while watching television – not as high as in some other countries, but still showing just how mainstream this behavior has become. 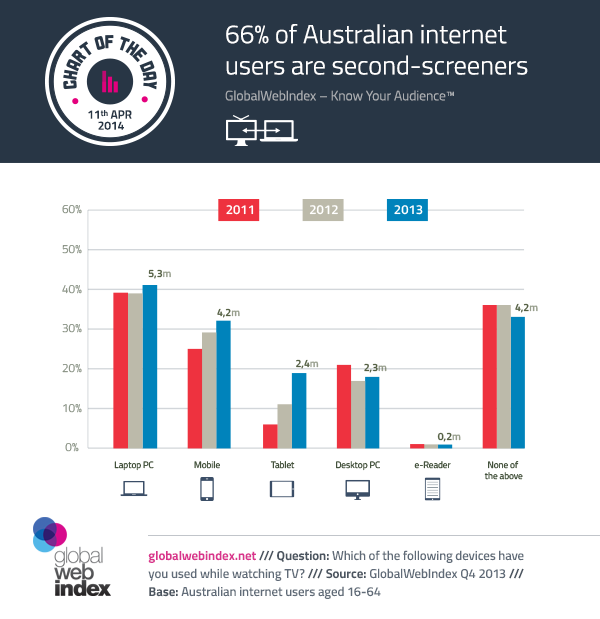