7 in 10 Facebookers are Gaming on PCs

Last week Facebook made a big push into the gaming realm with the launch of its Gameroom desktop gaming platform.

Gameroom will fight a steep uphill battle against Valve’s Steam platform, but with Facebook’s vast reach globally, there’s still set to be a swath of users ready to play. Specifically, with as many as 7 in 10 Facebookers saying that they have gamed on PCs/laptops, and only 8% identifying as non-gamers, it’s clear that this behavior is already ubiquitous among the network’s user-base.

The potential benefits of this venture for Facebook are clear: as well as tying users even deeper into the Facebook ecosystem, it’s also set to provide the service with another strand of revenue – especially considering that 11% of users say they are already paying for mobile games each month. 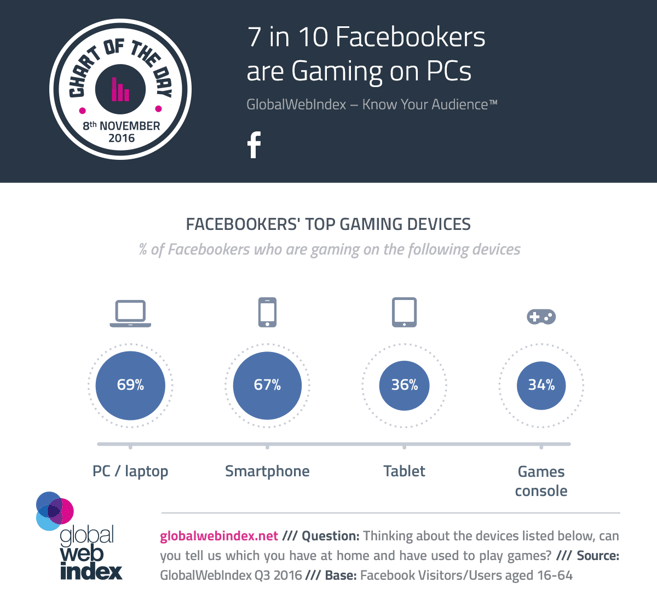