Today we continue our exploration of the digital behaviors of Olympics Fans – considering how the development of online sports coverage is likely to impact this major event.

Despite the clear importance attached to watching sports live rather than catching up at a later date, it’s a sizable 7 in 10 Olympics Fans who are turning to the web to watch sports coverage or highlights. Currently, fans in Latin America and APAC are the most enthusiastic about doing so, with 25-34s and males also over-indexing relatively strongly.

Given their larger screens and picture clarity, PCs/laptops remain the most popular means of watching online sports coverage. Still, it’s now close to half who are watching via mobiles and 1 in 4 via tablets. And with Olympic Fans now more likely to own a smartphone than a PC or laptop, it’s clear how important mobiles are going to be during Rio 2016.

For more information on the digital behaviors and attitudes of Olympics Fans, clients can download our Olympics Fans report here. 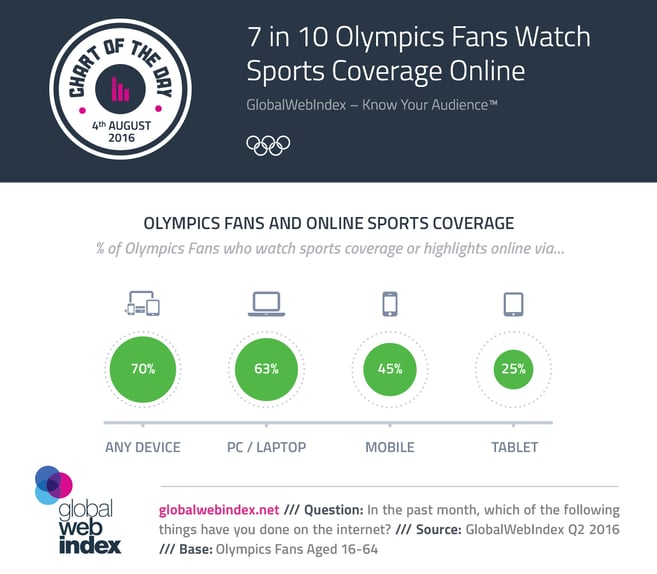