7 in 10 Snapchatters are on WhatsApp too

With an ever-expanding range of services and apps in the social space, multi-networking has become the absolute norm – with many sharing their photos on Snapchat, keeping up with real-time discussions on Twitter and direct messaging their friends on WhatsApp.

This trend is particularly apparent among the Snapchat audience. Among those using Evan Speigel’s app, visiting YouTube and Facebook is near-universal while as many as 83% are engaging with Instagram. The crossover with other messaging services is also quite striking; more than three quarters are using Messenger, with a similar figure using WhatsApp too.

Fostering a sense of loyalty among Snapchatters (and social networkers more generally) is thus a major challenge. With a greater choice over where to visit and share their updates, it’s little wonder that services such as Snapchat continue to bring a range of new features to market, all designed to set themselves apart from competitors. 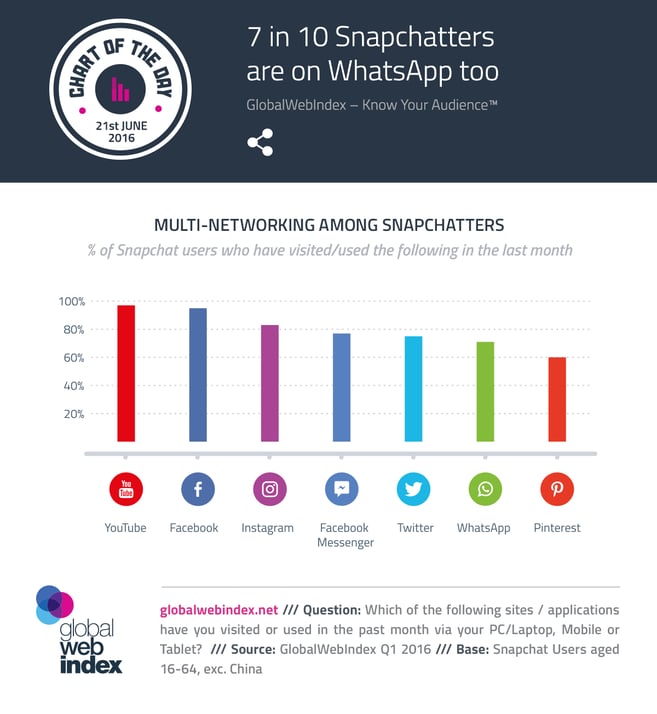