The video game-streaming market may be fairly young, but it’s already fiercely competitive. So, as Microsoft enters the fray, our midweek chart profiles users on two of the industry’s current major players – Amazon-owned Twitch and YouTube Gaming.

As our chart shows, Microsoft’s new service Beam will need to appeal to the younger male demographic. According to GWI’s data, more than 7 in 10 Twitch or YouTube Gaming users falling within the 16-34 age bracket, and around 2 in 3 are male. What’s particularly crucial here is the focus on communities in this market (50-60% of each audience say they would use a service just to be part of the community built around it), and so this will have to be a focal point for Beam.

The popularity of Windows as a gaming platform as well as the Xbox One will certainly give Microsoft an advantage, potentially allowing these gamers more opportunities to seamlessly integrate between playing their games and streaming them. Even so, Twitch’s solid foundations in the video game-streaming market present a formidable challenge to Microsoft, so it will need to work hard to gain market share here. 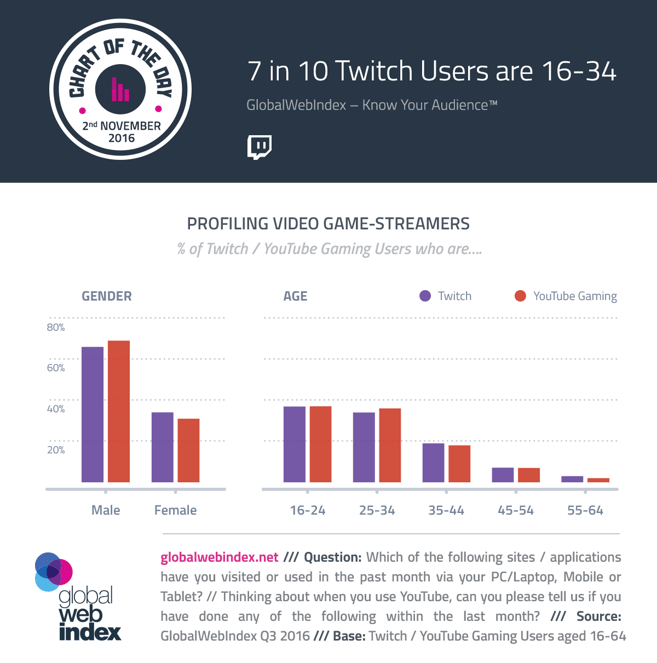