Drawing on data from our new GWI Entertainment report (you can download a free summary here), our post today looks at engagement with online TV, radio and press.

Across all three areas, there’s a very strong age effect at work: 55-64s are consistently the least likely to consume online content on a regular basis. In fact, over two thirds in this age group say that they never use the internet to watch TV or listen to the radio, while nearly half say the same about online news.

In stark contrast, online forms of entertainment are already mainstream among the younger age groups. Just 30% of 16-24s say they do not watch online TV, whereas more than a quarter already claim that they typically tune in for more than an hour each day.

Overall, it’s also worth noting that 25-34s are the biggest online content consumers of all – a trend which, in part, reflects higher than average levels of tablet ownership among this age group. 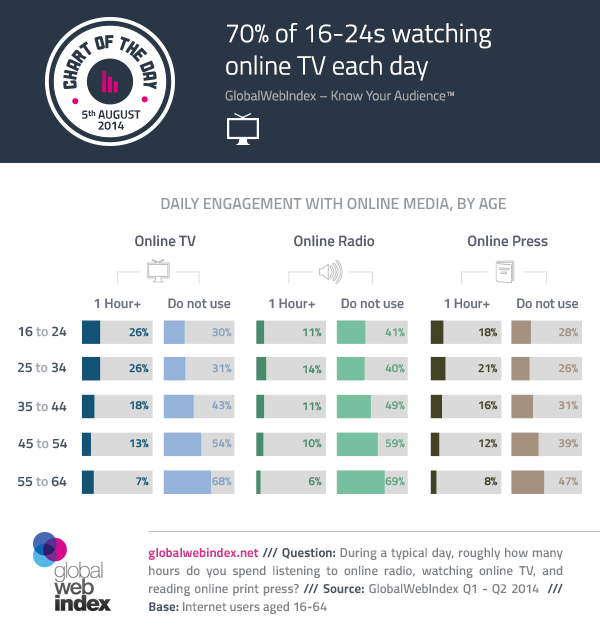